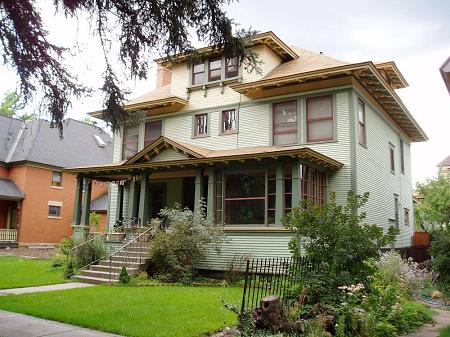 American Foursquares are most often associated with the Arts and Crafts movement, and indeed share a lot of its DNA. But the first thing to know about them is that they represent a building type, not a particular architectural style.

To be sure, they were well suited to accomodate Prairie and Craftsman styling, which was popular during the heyday of the Foursquare. Thus the iconic versions often feature massive stone porch columns, banding and other emphasis on horizontal lines, and low-pitched roofs with wide overhangs and exposed rafters.

But it is the form of a Foursquare, more than its trim and materials, that makes it distinctive. In its purest rendition, it is a simple box, roughly as wide and deep as it is tall. Each of its two stories is quartered into four roughly equal spaces. Often a kitchen will occupy one of the quarters, but they were just as likely to be found in additions off of the main structure. Another distinctive feature is a dormer on one of more of the roof slopes, often with a miniature roof just like the larger version it sits on.

Foursquares were simple, clean and economical to build, and because their heyday coincided with the rise of mass manufacturing in America, as well as balloon-framing contruction methods, they were a popular choice for kit houses, such as were offered by Sears, Montgomery Ward and other large retailers. If you have a Foursquare, be sure and check a vintage Sears Catalog (reproductions of the 1910 and other versions are widely available). There is a good chance you will find yours for sale, or a close cousin.

How to Spot a Foursquare

The Foursquare has served as the canvas for many revival styles of the 20th century: Late Victorian, Colonial, Spanish, Greek, to name a few. That's why you will often see Foursquares described by their styling. Many realtors and homeowners conflate the style and the form, assuming that they are mutually exclusive. But it is quite possible for a house to be a Foursquare and look like a Colonial Revival at the same time.

Although the classic Foursquare is nearly cubic, in practice many of them were a bit deeper than they were wide, either to accommodate the lot size or additional rooms in the back (a kitchen for example). This led to another variation: the sideways Foursquare. These houses tend to look more like Colonial Revivals at first glance, but closer inspection reveals their true form. These were often adapted from standard Fourquare plans to re-orient the main entrance away from a busy street.

So, if you are looking for a Foursquare in particular, don't limit yourself to those houses that are described as Foursquares. Yet you can be pretty sure that most genuine Foursquares were built between 1890 - 1930. 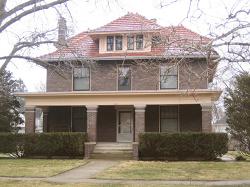 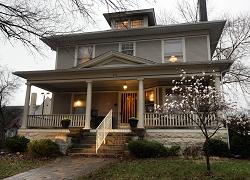 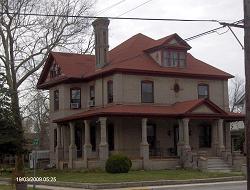 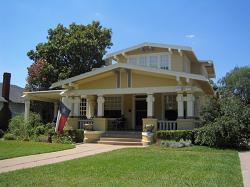 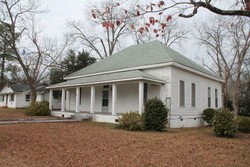 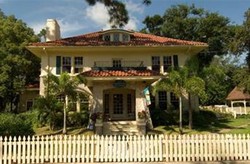 This article includes interesting pictures about the interior styling of Foursquares.

From the folks at antiquehomestyle.com. Includes a nice list of Foursquare styles offered through catalogs.

Home Portraits by Joseph A Galantino