What to Look For When Buying a Vacant Old House 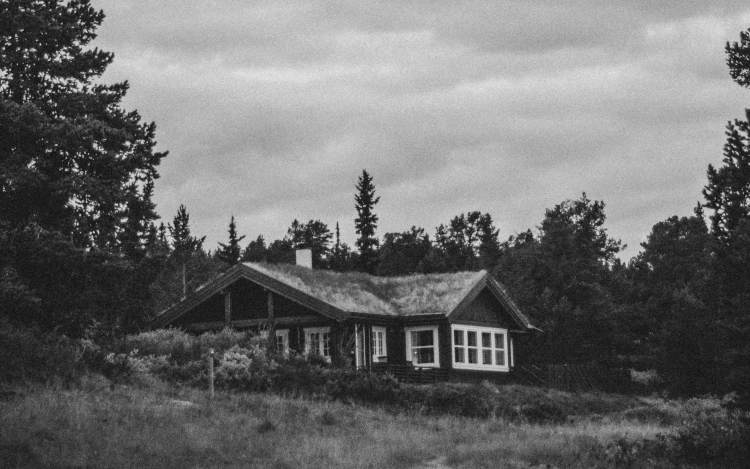 All of the old houses I have lived in offered their own joys and headaches. My latest old house has one interesting feature in particular: it sat empty for about eight years before I moved in. This brings with it a number of issues that I wish I had thought about before taking the plunge. (They would not have dissuaded me from buying it, but still.) If you are thinking about buying a long-vacant house, here are some things to keep in mind.

Note, I am not talking about abandoned houses, that have been left to the elements for a long period of time. A vacant old house, on the other hand, is still being maintained to some degree. Perhaps it is in the hands of an estate whose members can't come to terms on how to dispose of it. Or it belongs to a descendant who has no desire to live there but has been unwilling to sell for what the market will offer.

No Matter How Diligent the Owners Are, They Won't Catch Everything

If you are lucky, the owner has regularly been inside the house during its vacancy, or had someone else do it who lives nearby. They'll have found and dealt with obvious problems like leaks, broken windows etc. But there is no substitute for living in a house if you want to make sure everything is working, and if you want to spot things that are slowly getting worse, like sticking windows or squeaking floors that signal more significant problems.

If the caretakers don't spot these issues, there is a good chance you won't either on the few occasions you have to inspect the place before you commit. If you hire a typical house inspector (which you should), they won't catch things like this either.

Brace Yourself for Plumbing Problems

Perhaps more than any other old house system, plumbing tends to suffer the most from long periods of disuse. This is especially true of the drain/waste/vent pipes. Supply lines degrade too, of course, but their failures tend to make themselves known and get fixed more quickly, besides which it is a simple matter to test them regularly. Drain/waste/vent pipes, by contrast, don't see significant use in a vacant house, and they are much more exposed to the elements, both on the roof and under the ground. Given enough time, a considerable amount of debris can make its way down a main vent stack, and without regular flushing to keep it clear, that debris can block the line entirely. Also beware of roots growing around the sewer or septic lines, especially if they pass through areas that were once kept clear but have since grown over.

Unfortunately, most vacant houses are vacant because they sit in areas that are not in high demand. It should come as no surprise that such places tend not to support a lot of options for highly skilled tradespeople. Besides this, much of the maintenance done on a vacant house is of an urgent nature, which often means taking whatever help is available. And in any case, no one involved is going to match an occupant's motivation to make sure the work is done well. So, be prepared for some shoddy work.

Vacant Houses Save Their Problems for the Next Owner

Old houses will suffer if they are not lived in for long stretches of time, but in other ways, they seem to do better when left alone. When I first looked closely at the house, I was struck by the relative lack of plaster cracks, compared to every other old house I have lived in. There were cracks, to be sure, including a gaping void in the living room ceiling the size of a throw rug. I still have no clue what caused that, but otherwise the walls and ceilings seemed remarkably clear, especially assuming, as I did, that they should have gotten much worse over eight years of inattention.

Perhaps I had the old house equivalent of beer goggles, but what is truly remarkable is how much worse they have gotten in the eight months I have lived here. I suppose I am now seeing cracks I just didn't notice at first, but that cannot explain them all, given how much attention I paid to them from the beginning. Besides, there are quite a few areas of peeling paint which were most definitely not there when I moved in.

The porch floors also appear to be rapidly deteriorating. I distinctly remember noticing that they seemed remarkably well-painted and rot-free for having presumably no maintenance for eight years. Yet it is now clear that they don't shed water properly, a few boards are starting to warp out of place, and some paint is peeling at a rate that will surely cause serious problems if not addressed relatively soon.

I'm not sure what to make of these phenomena. Perhaps they have nothing to do with the house being vacant, and more to do with the roof, gutters and paint reaching the end of their useful lives just as I moved in. Perhaps the previous owner just happened to spruce the place up right before I first saw it. Or maybe this past summer was much wetter than it has been in years past.

But I think they have to do with the house being vacant after all. Plaster cracks are mysterious things, but I believe they are akin to fault lines: stresses build up in certain areas, and at some point, in response to some trigger, cracks appear like tiny earthquakes, as a way of relieving the stress. It seems plausible that in a vacant house, stresses will build up as normal, but there will be far fewer events to trigger the cracks. When a new occupant arrives, with moving and utility trucks, heavy furniture, and the thousand small shocks of daily living, pent-up cracks will suddenly appear, seemingly worse than usual.

Also, the house has no air conditioning, so it spent the last few months with many of its fifty windows kept open. Maybe I was naive to suppose that a house shut up in the heat year after year would trap a lot of moisture, when in fact it kept itself much drier before I moved in. Or maybe I just breathe a lot.

The Upside of a Vacant House

As durable as houses can be, they are in a real sense consumables like cars. No matter how well you take care of them, they will in many respects wear out over time. In that sense, a long vacant house can be like the proverbial old car found in a war widow's garage: dusty perhaps, but with unusually low mileage. Finds like these can be hidden treasures.

Also, if you are lucky, you may find a vacant house that has escaped the most recent trends in renovation, which may be the most destructive of all to the real fabric of old houses. Ironically, these include a lot of renovations that are meant to invoke a retro feel, for example, farmhouse sinks and floating laminate wood floors. Walk through a recently renovated old house, and these improvements will scream EARLY 21ST CENTURY.

Eventually, renovations themselves become a part of the history of the house. You may find a charming Victorian that has a jarringly out of place bathroom with 70's era avocado green fixtures and tile, but keep in mind that bathroom itself has accumulated a half-century of history all by itself.

And that is really what is important about an old house, isn't it? After all, if people today really wanted to live in Victorians or American Foursquares, then they could simply build them. What makes the old Victorian special isn't just its styling, but the residue of history, craftsmanship and previous lives that have left their marks on it.

And that is really what is important about an old house, isn't it? After all, if people today really wanted to live in Victorians or American Foursquares, then they could simply build them. What makes the old Victorian special isn't just its styling, but the residue of history, craftsmanship and previous lives that have left their marks on it.

A vacant old house today has all of these things, of course, with the added benefit of having been in a kind of stasis during some of the last few decades. Take it from someone who runs an old house real estate site: modern times have not been kind to old houses. They are victims of a booming economy. Strong economies are a great thing of course, but it so happens that ours is relentlessly focused on building new things, and has obliterated the value of re-use, repair, and restoration.

In fact, we owe the existence of our most cherished old houses to accidents of time and space. In the first half of the 20th century, they saw long periods of slow growth, and when times were good, there were plenty of opportunities to build in new areas, so the old houses weren't that much in the way. In a booming economy, wherever space is at a premium, old houses are very much in the way, and thus more likely to be destroyed or modernized to the point that they lose they very things that made them special.

So, if you are thinking about buying an old house, be on the lookout for the vacant one. It will have its challenges to be sure, but in today's real estate world, it may be your best hope for finding a house less ravaged by modernity, with its ghosts having had years of repose, and thus more likely to be friendly when they begin telling their silent stories once more.