Museums and Public Spaces in South Carolina
Prev   # 6 of 6

Woodburn was built before 1830 by Charles Cotesworth Pinckney as a summer plantation house on a 650 acre farm near Pendleton, SC in the SC "Upstate". The house is a majestic four-story clapboard house with expansive two-story "piazzas", high-ceilings, oversized doors and windows and is reflective of the architectural tradition of Caribbean plantaion houses built for coolness. The house was occupied by the wealthy Charleston families (Pinckneys, Adgers, Smythes) as a summer retreat for 80 years before being converted to a tenant farm with multiple families occupying the Big House. The farm was the birthplace of Jane Edna Harris Hunter, the daughter of former slaves, who became a leading activitist and reformer in her adopted home of Cleveland, OH. The house was restored in the 1970's by the Pendleton Historic Foundation and is operated as a house museum with multiple outbuildings and walking trails interpreting live on the farm.

Museums and Public Spaces in South Carolina
Prev   # 6 of 6 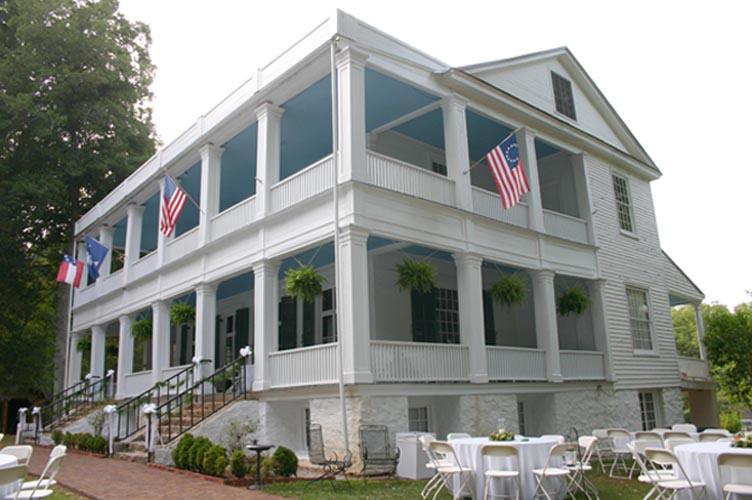