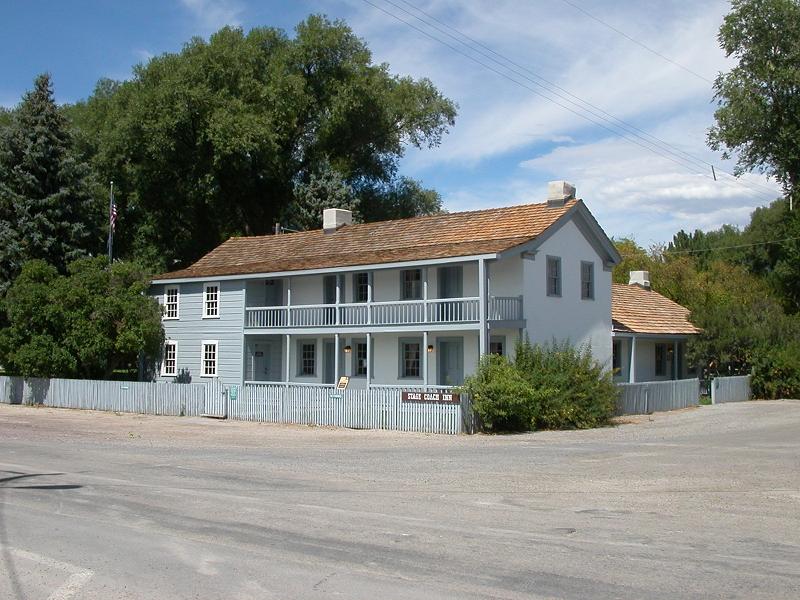 The Stagecoach Inn, a two-story adobe and frame hotel built by John Carson, one of the first settlers of Fairfield, in 1858. It also served as John Carson's home. Stagecoach Inn was the first stop south of Salt Lake City on the Overland Stage Route and also a stop on the Historic Pony Express Route. Because of its proximity to old Camp Floyd, the clientele naturally included large numbers of armed personnel. It was one of the few respectable establishments in this frontier town. Seventeen saloons and other entertainment locations catered to the needs of a military population. The inn was restored from shambles in June 1959. It contains furnishings of the period, indicating the hospitality of the inn - not elegant, but comfortable.