Built before 1730, this house was established as a ca. 27-acre farm as part of land grant by King George of England. The farm was part of an agricultural system built along the Merrimac River in support of the shipbuilding industry, beginning in what is now known as Newburyport.
The house is of an intermediate architectural form between primitive, with low ceilings and few decorative features, and the Federalist period. It is commonly referred to as the Colonial period.
The construction is post and beam. Walls are lathed and horsehair reinforced plaster was applied. More than 80% of the walls are the original material.
The house was developed in three major stages. The main house was built before 1730 and consisted of two stories. It was symmetrical around a larger center beam (visible in the exposed ceiling of the family room). A scullery, just inside the present back door, was the back corner of the building.
The first major renovation was in the 1860s when the dining room and an upstairs bedroom were built. The extent of the renovation is indicated by the change in the pitch of the roof as seen from the driveway side of the house. At that time, the fireplace was removed and replaced by what was then the state of the art in heating, a series of chimneys and faux fireplaces that served as a backdrop for wood stoves in each room. Many of these faux fireplaces remain. The second owners, the Chase family, did these renovations. Mr. Chase was a partner in the decorative comb factory, which was across Main Street. In the basement of this house, there was a brick stove on which soup was made for the comb factory workers.
At about this time, a building containing an outhouse and small work shed was built directly in back of the house. It is not known if the building was built expressly for this purpose, but eventually it was used as part of the Haverhill shoe manufacture network. Supplies were dropped off and the women would assemble a part of the shoe that was picked up on wagons and delivered to the factories in Haverhill for finishing, a classic case of a cottage industry. A date painted and still present on one of the back beams of the shed fixed the construction date at “1878 by F. D. Chase”. This building has been reinforced, thus preserving its historical significance.
In ca. 1910, the kitchen addition was constructed and plumbing was brought into the house for the first time. Several minor renovations were added in the 50s, most notably, an indoor bathroom.
The current owners purchased the house in 1989. Over the past 20 years, other renovations were made that updated the facilities without changing the Colonial character.
Two full baths were added and the kitchen updated to modern standards. The kitchen was designed around an antique “harvest table” and features a walk-in pantry, granite counter tops and custom cabinets. Most of the floors have been refinished.
During this period, several New England-style perennial gardens were developed around the property. Those interested in gardening will be particularly impressed with these gardens and the potential for more. The property itself is of special interest.
Another outbuilding of unknown date was renovated (although electrical service was not brought out to it). It is situated next to a vegetable garden that was pictured in a national magazine (along with a picture of the kitchen).
This home is in West Newbury, MA, a desirable community with excellent schools and a true New England country environment. Its rural, small-town nature is a contrast to its neighbor, the city of Newburyport, with its restaurants, shopping, waterfront walks and theaters. There are numerous opportunities for docking a boat along the Merrimac River with access to the Atlantic. Beaches and a wildlife preserve are within 30 minutes of the house.
Two commuter trains (Newburyport and Haverhill, MA) are within 20 minutes and they take you into Boston or Portland, Maine. 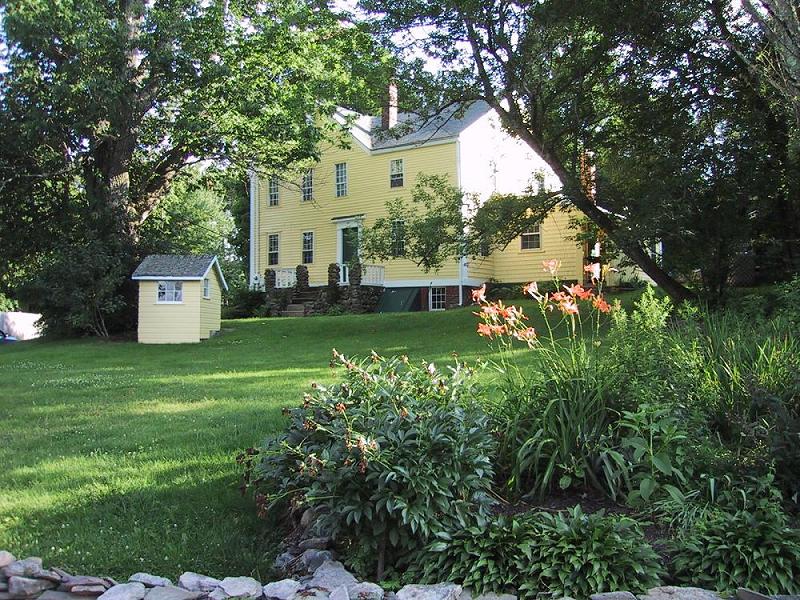 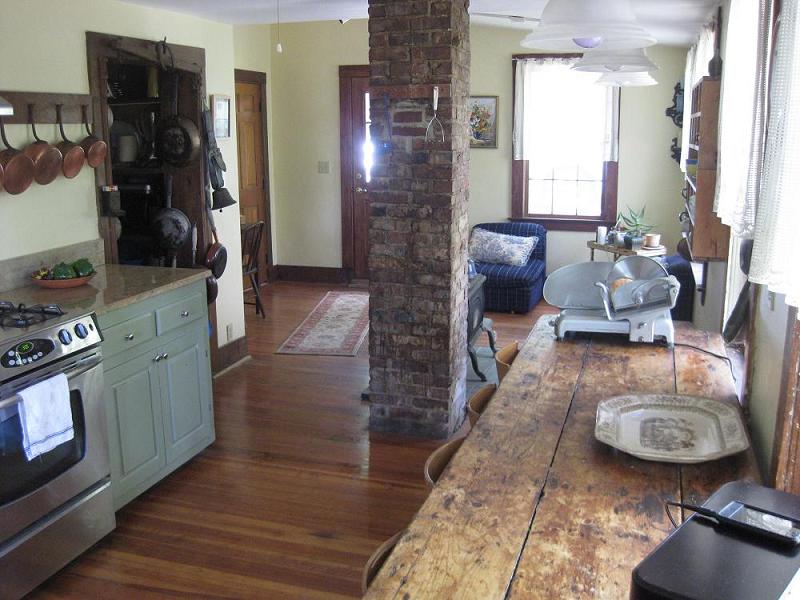 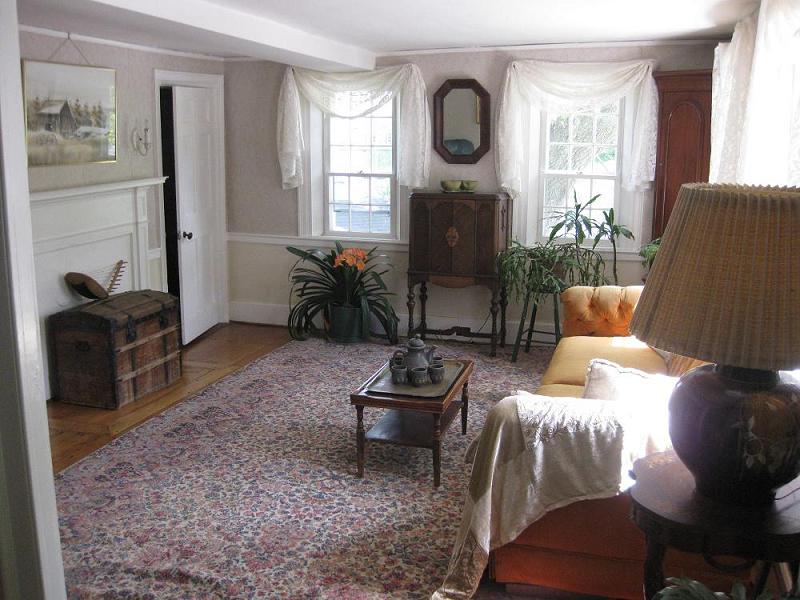