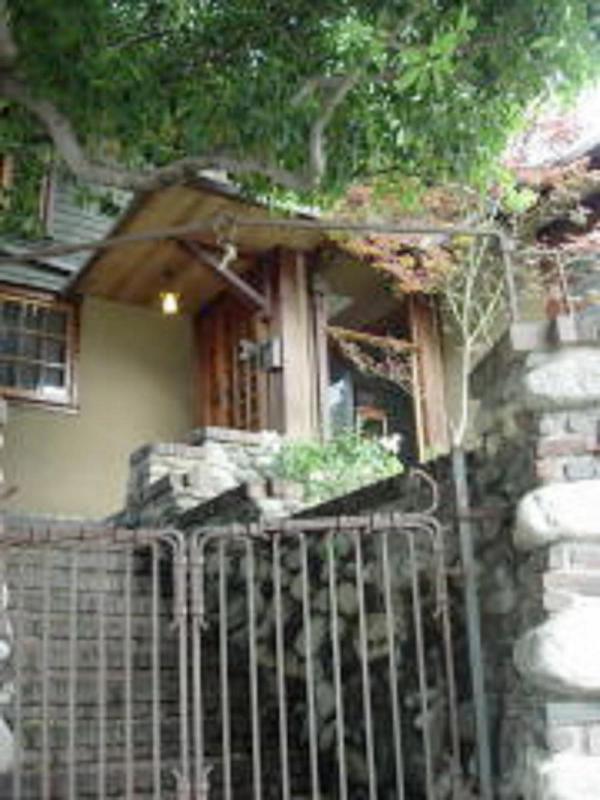 Exterior view of house
Note the stone & clinker-brick wall that surrounds the front of the property. This wall extends along the entire block and, when built, set the tone for the street where the Greene Brothers built several other homes.

Living room
View from living room looking into the entry hall. Note the ceiling and the carefully-reproduced stained-glass light fixture.

Master bedroom
Note the beautiful woods and original tile fireplace. The master bedroom enjoys two separate porch areas, one with a view of the Rose Bowl and the San Gabriel mountains in the distance.

The Wisteria-covered Pergola
Designed, but never built by Charles Greene, the pergola was commissioned to be built the original specifications by architect/ historian / author, Randell Makinson in 1998. Note the rock & clinker-brick wall and small fishpond below. 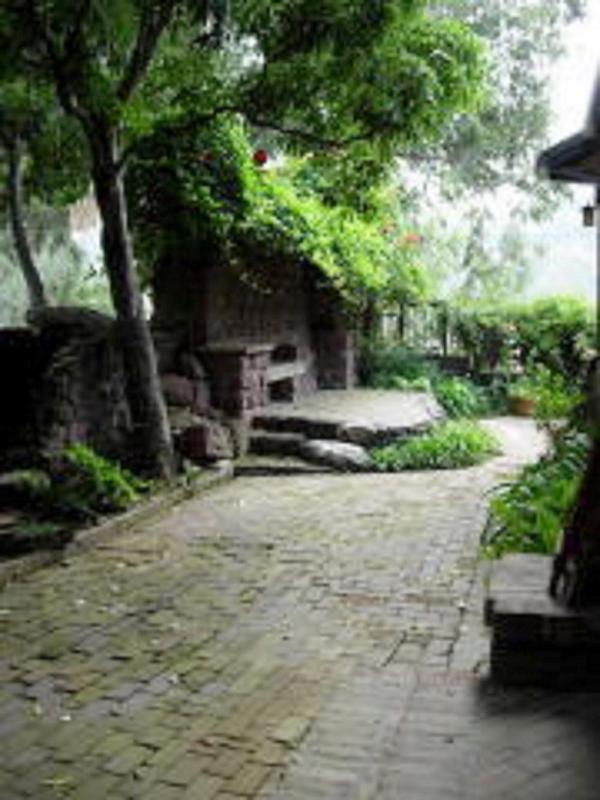 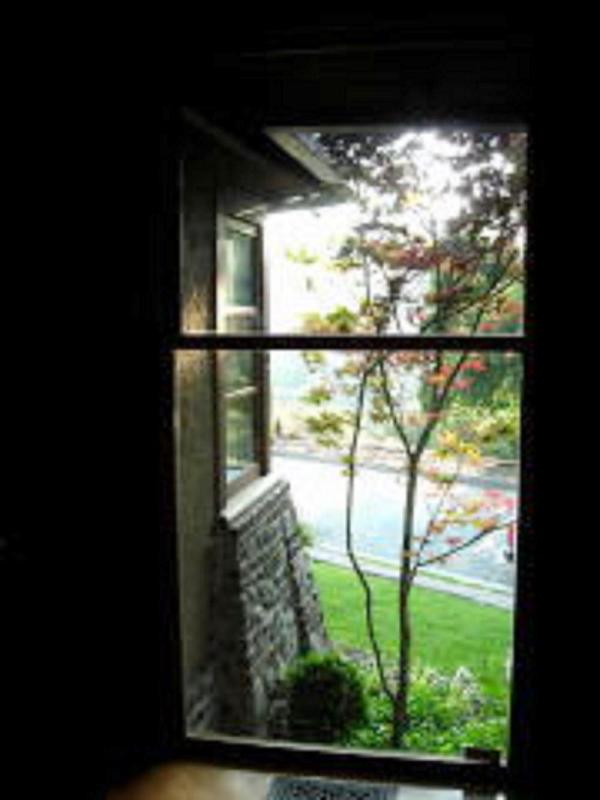 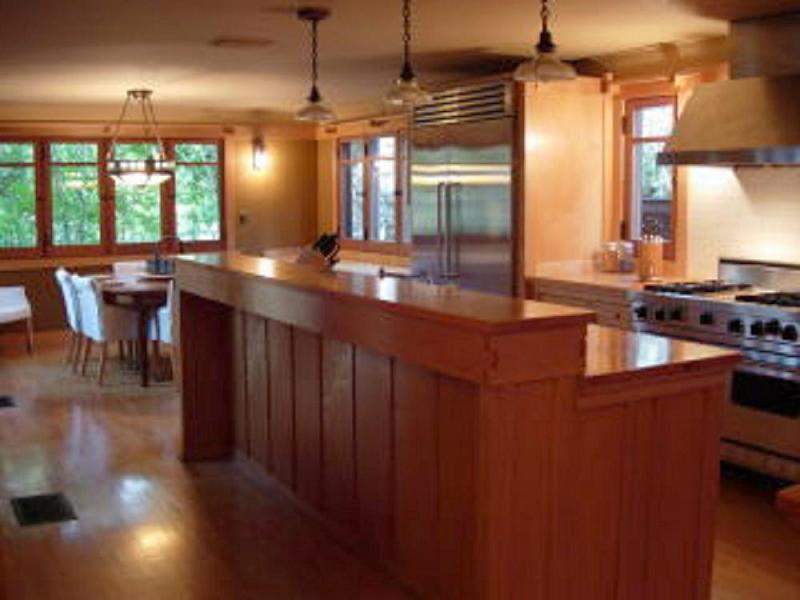 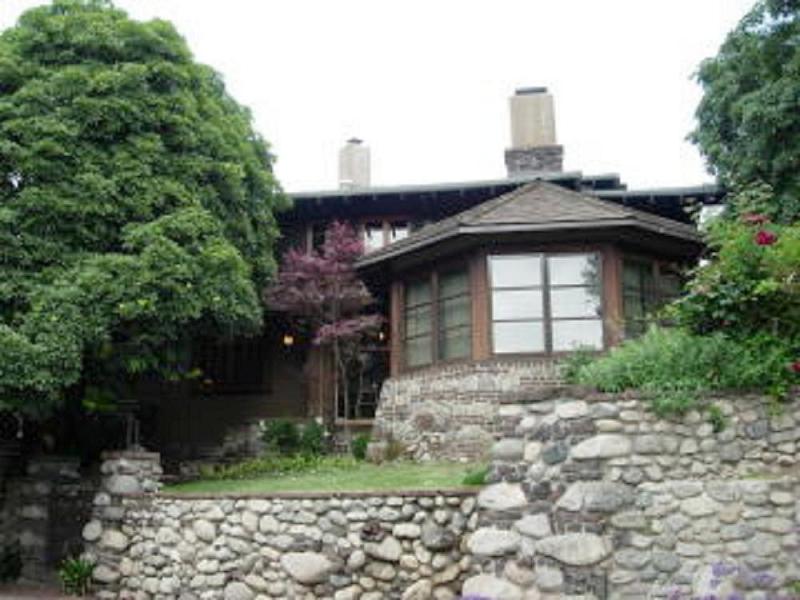 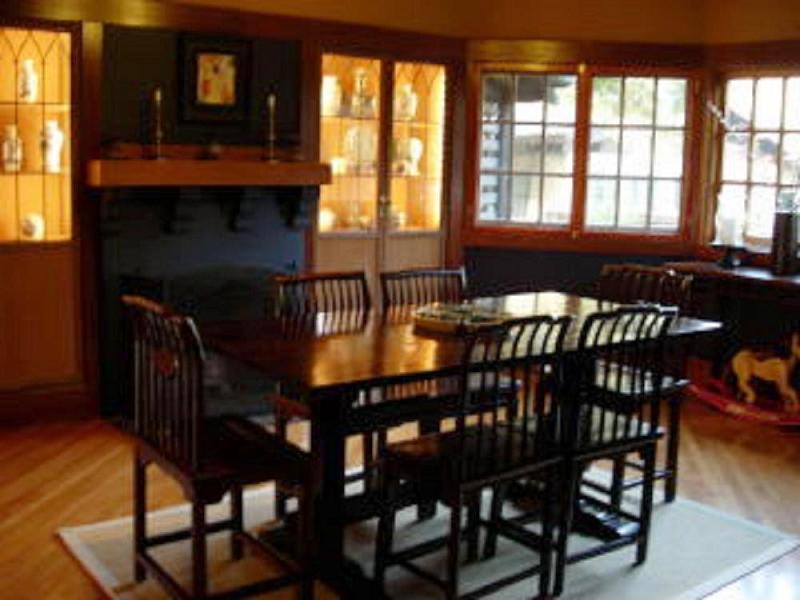 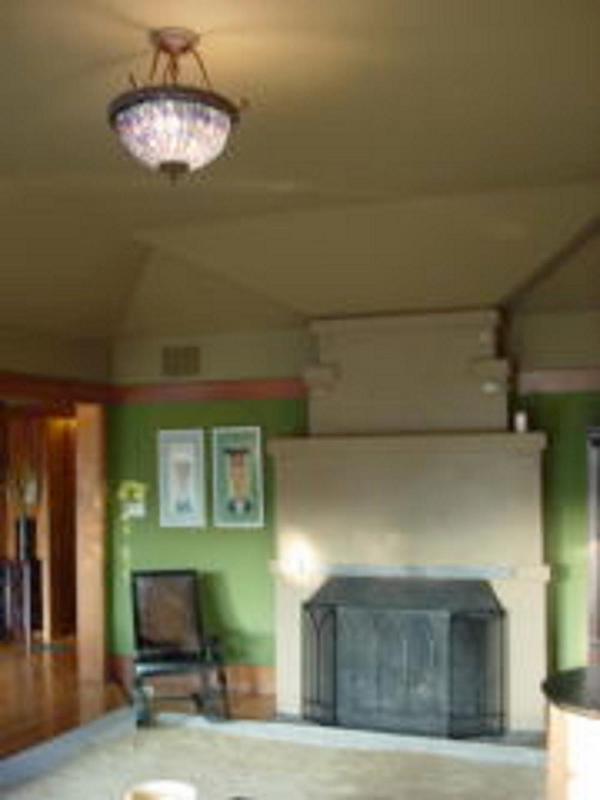 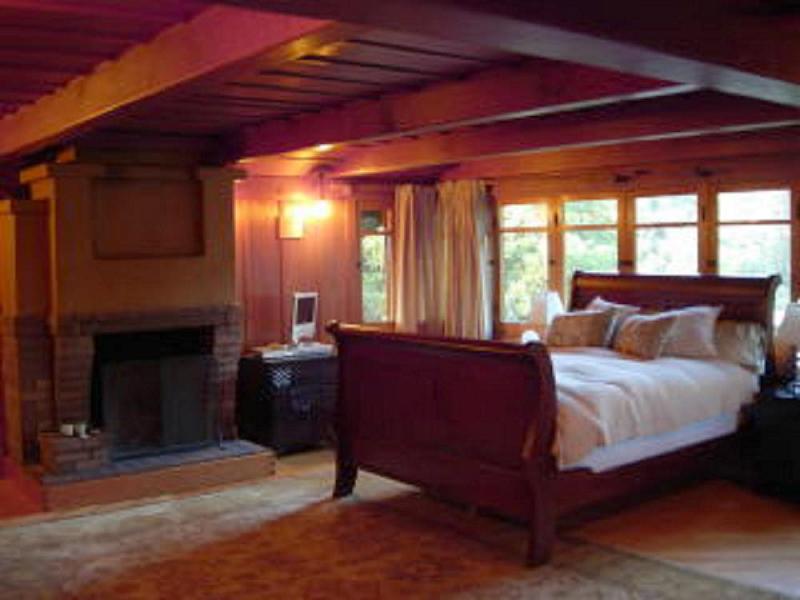 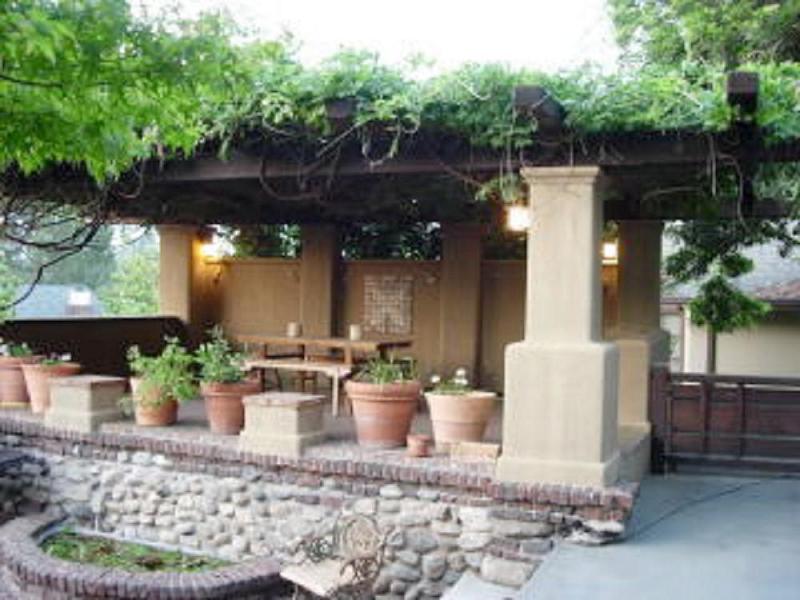