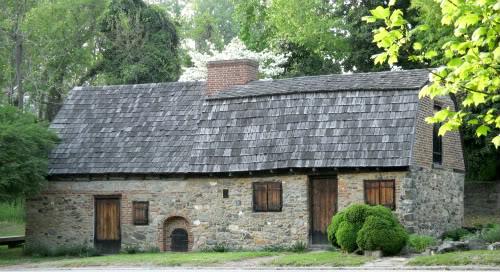 Built in 1683 and occupied by Caleb Pusey, this is the only building still standing which can claim documented association with the Proprietor, William Penn, and which he is known to have visited on several occasions. This unique English Vernacular house stands beside Race Street, the small road once paralleling the millrace that brought water from Chester Creek to power the mills.

"Landingford" was the name Pusey gave to the 100 - acre plantation adjoining the mill site which Penn had deeded to him and which he cultivated to raise food for his large family.

Pusey had come to Pennsylvania in 1682 to serve Penn as manager and agent for the Chester Mills, the first official Proprietary saw and grist mill to be established by Penn in the colony.