In November 1914, George Howard et al deeded property to Arthur F. Baker for $600. This new deed, for a 64' x 140' lot on the east side of St. Patrick Street adjoining the properties of W.D. Bryan and E. Miller, replaced the original deed which had been misplaced. In July 1915 Robert J. Walker acquired the property from Arthur Baker and his wife Lillian. The Walkers and their son Robert Walker Jr. enjoyed the home through the 1920's. By the 1930 census, Robert Jr., his wife, son Robert, and daughter Martha occupied the home. The home would remain in the Walker family until February 1951 when Maybelle Moore Walker, as a widow, sold the property to Leslie G. Rucker and his wife Myrtle for $7500. The Ruckers would possess the home until it was inherited by Ellen Dolsen, who sold it in 1988 to a family member.

In Tarboro, a front porch is more than part of a house. It symbolizes a way of life that's easy, open, and relaxed--yet casually elegant--a way of a life growing so unique that Tarboro has become a regular stop on tours associated with The History Channel, The Victorian Society, The Smithsonian and Historic Albemarle.

Rich in history and steeped in tradition, Tarboro, nestled in a bend of the Tar River became the head of navigation on the Tar. This important colonial river port was chartered in 1760 and is one of North Carolina's oldest towns. Tarboro still has its original Town Common, a 15-acre park canopied by tall oaks that marks the threshold to our 45-block Historic District and renovated Downtown, all listed on the National Register of Historic Places. Each Spring the North Carolina Symphony holds an annual concert on The Common.

Although it is generally agreed that the area around Tarboro was settled by 1733, Mosley's map of that year shows only Tuscarora Indians. Tarrburg, as the town was called on maps of 1770-75, was chartered November 30, 1760 as Tarborough by the General Assembly. In September of the same year, Joseph and Ester Howell deeded 150 acres of their property to the Reverend James Moir, Lawrence Toole (a merchant), Captains Aquilla Sugg and Elisha Battle, and Benjamin Hart, Esquire, for five shillings and one peppercorn. As commissioners, these men were to lay out a town with lots of not more than 1/2 acre and streets not wider than 80 feet, with 12 lots and a 50-acre "common" set aside for public use. Lots were to be sold for two pounds, with the proceeds to be turned over to the Howells; however, full payment was not received for all of the 109 lots sold, and some were not sold for the 40 shillings price.

Tarboro has been the county seat of Edgecombe County since the county was established in 1741. The North Carolina State Legislature met here once in 1787 and again in 1987, and Tarboro has continued to maintain a position of importance in eastern North Carolina.

Many citizens ventured early into manufacturing, though agriculture has long been the major industry. The area prospered, and by 1850 was widely known as "Tawboro", a name attributed to "Taw", the Indian word for "river of health".

Tarboro, as a community of some 11,000, has preserved much of its history and has developed one of the most active historic preservation programs in North Carolina. Numerous public and private residential and commercial restorations can be found in one of the largest historic districts in this part of the country. The town's historic downtown has been recently revitalized and recognized by the National Trust for Historic Preservation "Main Street Program". An Historic District National Recreation Trail guides visitors through the scenic older neighborhoods of the town.

Tarboro's cultural center is the Blount-Bridgers House, the early 19th century plantation house "The Grove" of Thomas Blount, an important figure in North Carolina's history. He, along with numerous Edgecombe County residents, served as officers in the Continental Army. Blount (1759-1812), a very young officer spent time in England as a prisoner of war, but returned to participate in one of the largest merchant/shipping companies in late eighteenth century America. Here, at the Blount-Bridgers House, artifacts and antiques tell the story of Edgecombe County, while the Hobson Pittman Collection of 20th century art, located in the same building, recalls the career of one of North Carolina's most celebrated artists.

A variety of shopping centers and modern residential areas compliment the Historic District, providing residents with convenient goods and services and quality housing of varying styles and prices.

Tarboro has a great mix of small shops, restaurants and business opportunities. On the Square Wine Bar and Restaurant, run and operated by young chef/sommelier Stephen Ribustello and his wife Inez, former Beverage Director at Windows on the World in New York City, provides an exquisite food and beverage experience. Main Street Cafe´ is a popular gathering spot along with Cotton's Grill for morning tales and enjoyable conversation.

The Edgecombe County Military Veteran's Museum and Blount-Bridgers House Gallery and Museum both provide cultural insight into the local historical character of the community.

Residents can also enjoy the many recreational facilities the town offers its citizens: a fifteen-acre Town Common, three recreation Centers (including a state-of-the-art senior citizens center), a community pool complex, 10 tennis courts, three major parks and several neighborhood parks, two boat ramps accessing the Tar River, and Indian Lake, a 52-acre natural park. From golf and tennis and to hunting and fishing, there are numerous venues, including The Links at Cotton Valley, an 18-hole course with $75 per month dues, the Tarboro Softball Complex which houses five regulation fields, shad and herring fishing on the Tar River, an abundance of turkeys and deer during hunting season, and a bike trail throughout the town.

Edgecombe Community College and North Carolina Wesleyan College can provide great opportunities for adult degree programs as well as a variety of engaging educational courses that are stimulating and thought provoking. Both schools have state of the art auditoriums where concerts, plays and various other programs are presented regularly.

Centrally located for those who enjoy the excitement of North Carolina's cities and the relaxation of its coast, Tarboro is strategically positioned between the Piedmont and the Outer Banks. Located on the banks of the Tar River in the northeastern section of the state's Coastal Plain, easily accessible by Interstate 95 and U.S. 64, Tarboro is only an hour's drive to Raleigh, the state capital and an additional quarter hour to the Raleigh-Durham International Airport. The Atlantic coast with its many beaches is an easy drive during the summer months. 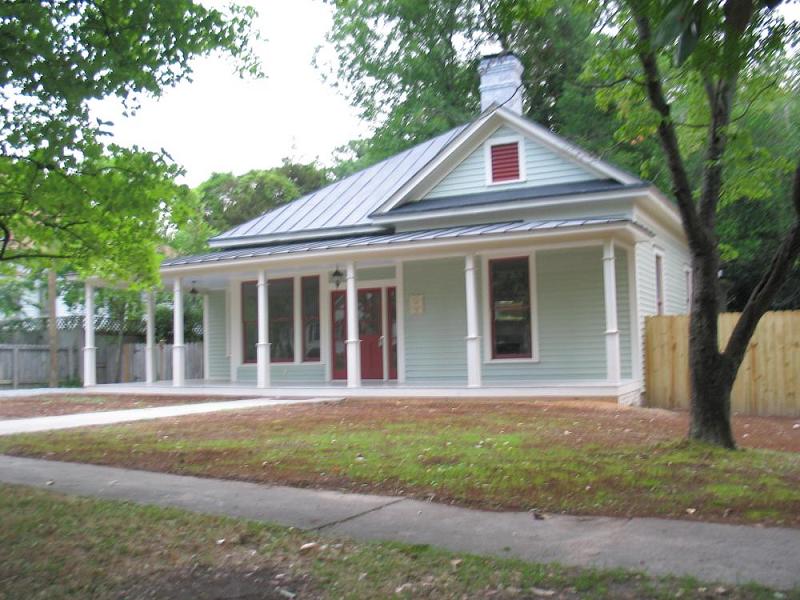 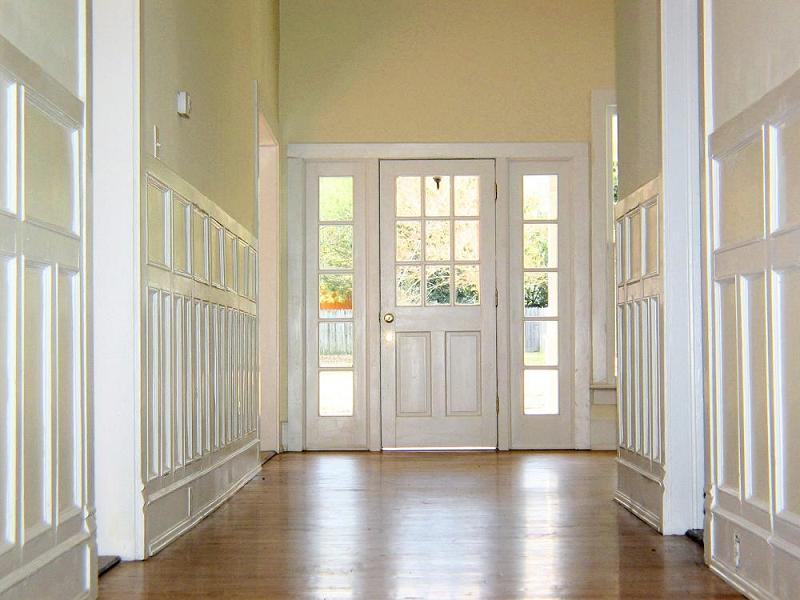 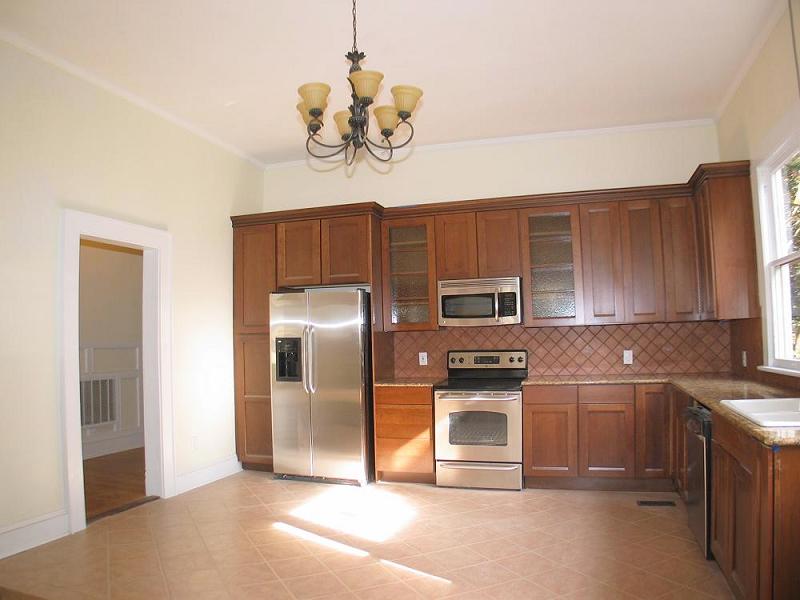 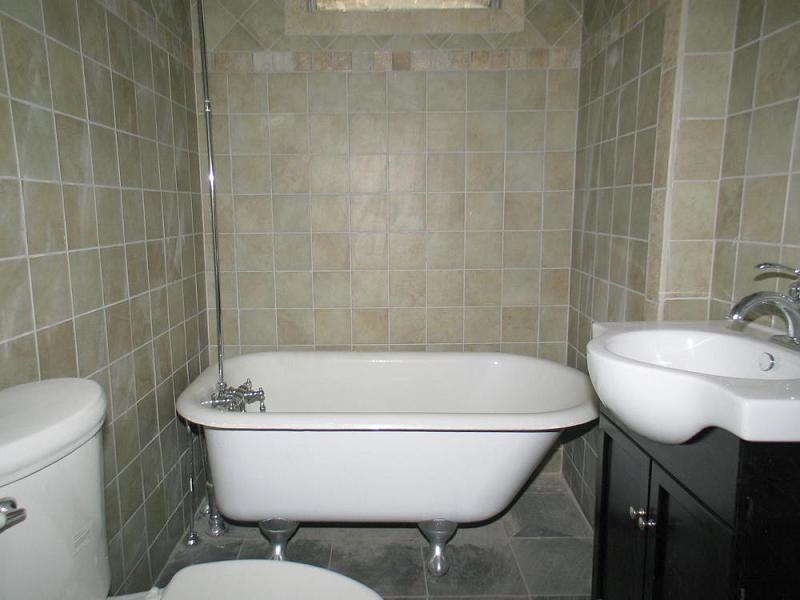