Walnut Hill is a 19th century, Victorian-period, Queen Anne style house, with Eastlake influences. It is located in the borough of Edgewood, adjacent to the city of Pittsburgh. The house takes the name, Walnut Hill, after a fruit orchard, with that name, it was a part of at the beginning of the 20th-Century.

Please scroll down to read the historical background of this property.

Walnut Hill, or the Bigger-Pears House, is a 19th century Victorian period house built in the Queen Anne style with Eastlake influences. The house sits on a step hillside with a commanding view of the neighborhood; construction was completed in July 1888.

In 1887, on the 6th of September, three master carpenters, Homer Pierce, William Bentley, and William M. Bentley purchased the site the house sits on for $900. The trio built the house for $2,800 as a business investment, with a plan to sell the home immediately after construction as a spec house; construction was completed by July 1888.

The house is wood-frame construction, resting on a two-foot thick sandstone foundation. Encompassing the front entrance of the house is a foyer featuring a handcarved wood staircase made of cherry. The house originally featured five fireplaces, ten foot tall ceilings, six and a half foot tall windows, four bedrooms on the second story and two servant rooms on the third floor making up the maid’s quarters, with a full attic above the top floor. The exterior included a slate roof and veranda, being removed in later alterations.

The exterior was remodeled in the early 1930's with the removal of a large veranda that ran the length of the principal facade; it was replaced with the current smaller porch at the front door. Additionally, the exterior of the second story and third floor gables were covered over with cedar shake siding, while the first story retained the original plank siding. Local utility records show that plumbing was first installed inside the house in 1932; prior to 1932 the only water source on the property was a well.

In late 1888, the house was sold to it’s first occupants, attorney Henry Johnston Bigger and his wife Sarah "Sallie" Pears Bigger. The Bigger’s purchased the house for $4,550 on November 12, 1888. Henry J. Bigger was born in Dayton, Ohio on June 5, 1848, being raised on a farm. Henry attended Monmouth College in Illinois, and then went on to Pittsburgh, Pennsylvania where he became a practicing attorney. Sallie Pears Bigger was born on October 6, 1856, one of eight children born to John Pears, an owner of Bakewell, Pears & Co., a prominent 19th century artisan glass works company based in the South Side of Pittsburgh. The Biggers would have four children: Henry Jr., born 1882, Florence, born in 1884, Evelyn, born in 1886 and Ada, born in 1889 at home.

The house remained in the Pears family until 1899. In 1896 ownership was transferred to Sallie Pears Bigger's brother, Harry Pears, who did not live at the house - instead he resided in the Pears family home along fashionable Penn Avenue in nearby Pittsburgh. The Pears family rented the house to the J. D. Williamson family from about 1896 to 1897. Mr. Williamson, who owned a nearby clothing factory, lived in the home until his death; he departed this life at Walnut Hill in September 1897. Funerary services were preformed at the house on September 29, 1897 at 10:30 that morning.

The house was sold in 1899 to a retired merchant and real estate developer, Abel Seddon, who dominated the commercial market in nearby Braddock, PA. The Seddon's owned a hotel and a large home-goods department store along Braddock Avenue. Abel, his wife, Ellen, their three children and maid took residence in the house from 1899 to about 1910. The 1900 U.S. Census lists Abel Seddon's occupation as that of "Gentleman". Historical records show the Seddon family improved the property, with the addition of a coach house and large barn to the rear of the house. The Seddons planted a fruit orchard behind the house, that they named Walnut Hill, in reference to the abundance of walnut trees in the area and the hill the orchard sat upon. The Seddons traveled several times throughout Europe and the West Coast, each time creating mentions in the local Society pages. The Seddons left Walnut Hill in 1910, with Abel Seddon relocating to California to become a full time fruit farmer. The Seddons continued to make appearances in local society pages years after their departure. Seddon Avenue, in Edgewood, was named for the family in the early 1900's.

William Edmund Moore, who was a bookkeeper for People’s Natural Gas Company, did not enjoy the house for very long, as he died in May 1920. To make ends meet, William's widow, Margaret, took in boarders and sub-divided the lot bringing the original lot size down from an acre to its current size of 100 by 110 feet.

In 1926 three men, wanted by police in the area for several local robberies, were arrested leaving the house, after having broke into the house. A fourth man was waiting nearby in the drivers seat of a running vehicle and was also apprehended.

The house remained with the Moore family until 1983, at which time the surviving children of William Edmund Moore sold the house. Following the 1983 sale, the house underwent an extensive renovation, that modernized the house to the standards of that time; adding additional bathrooms and the addition of the vinyl siding that currently covers the exterior.

The house experienced a succession of owners throughout the 1990's into the 2000's, and saw a period of dormancy. The current owners are returning the house to its original grandeur. 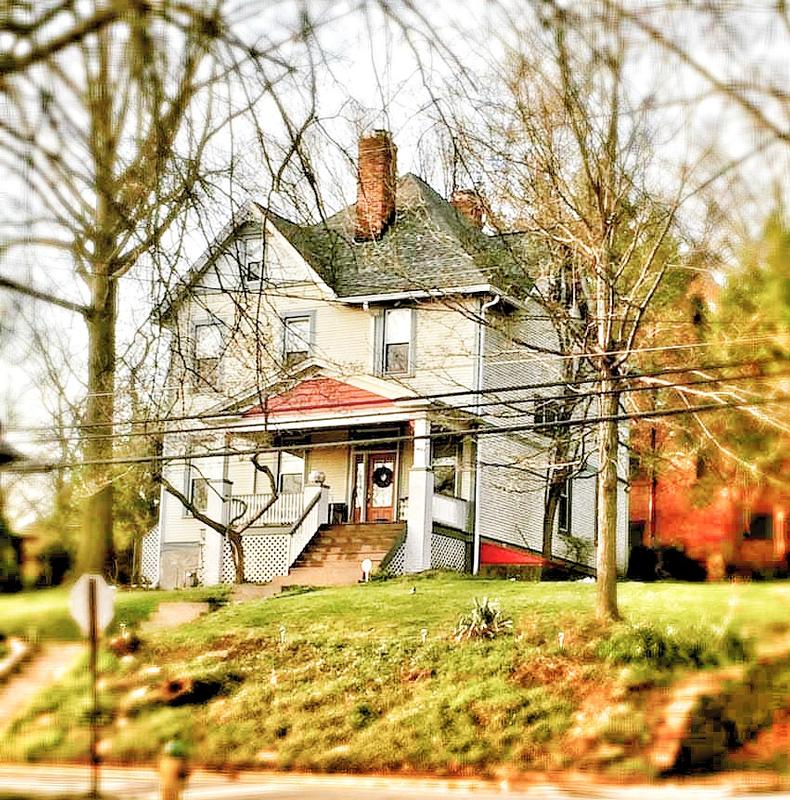 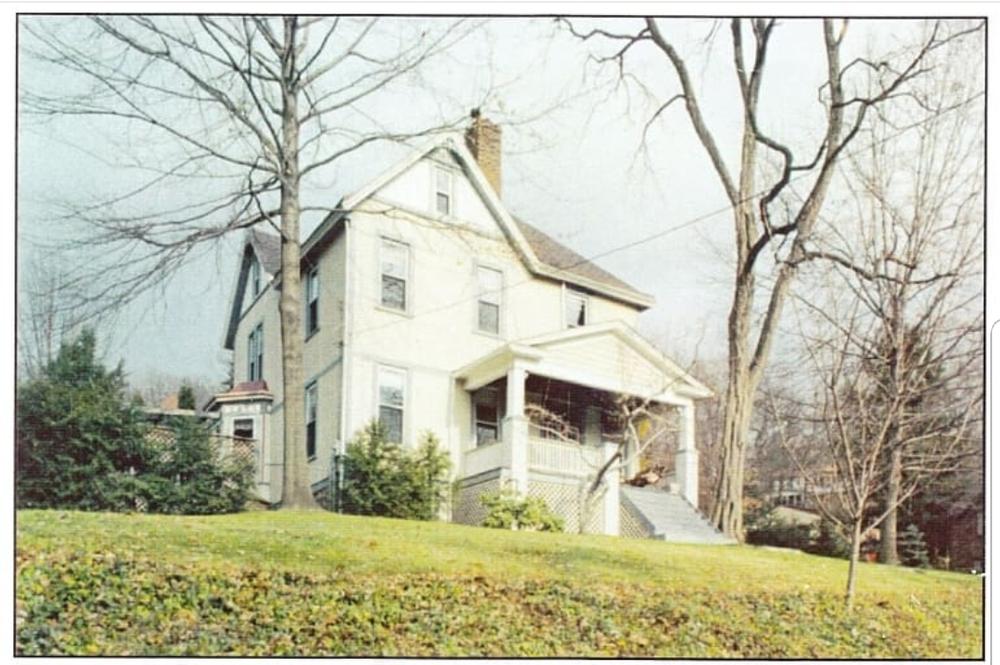 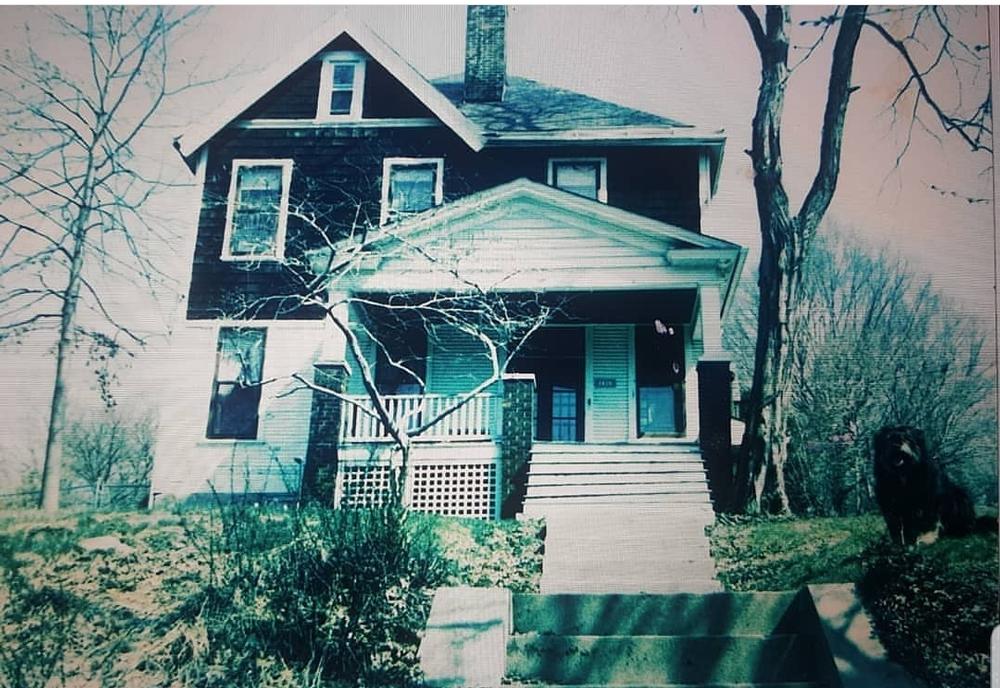 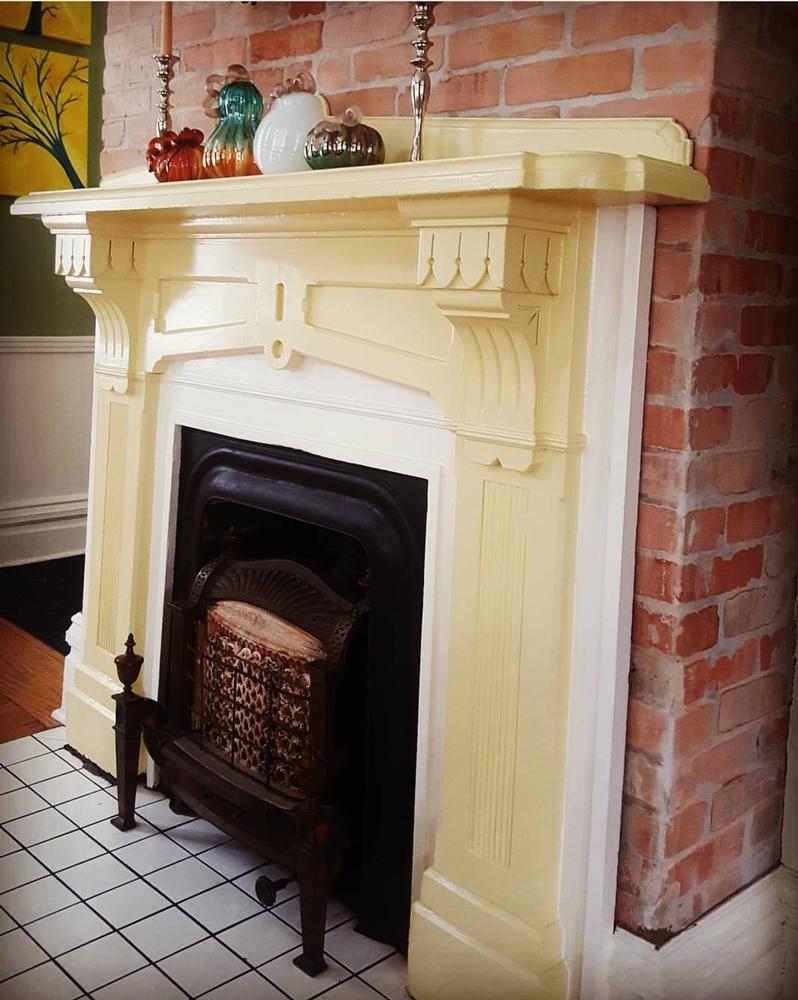 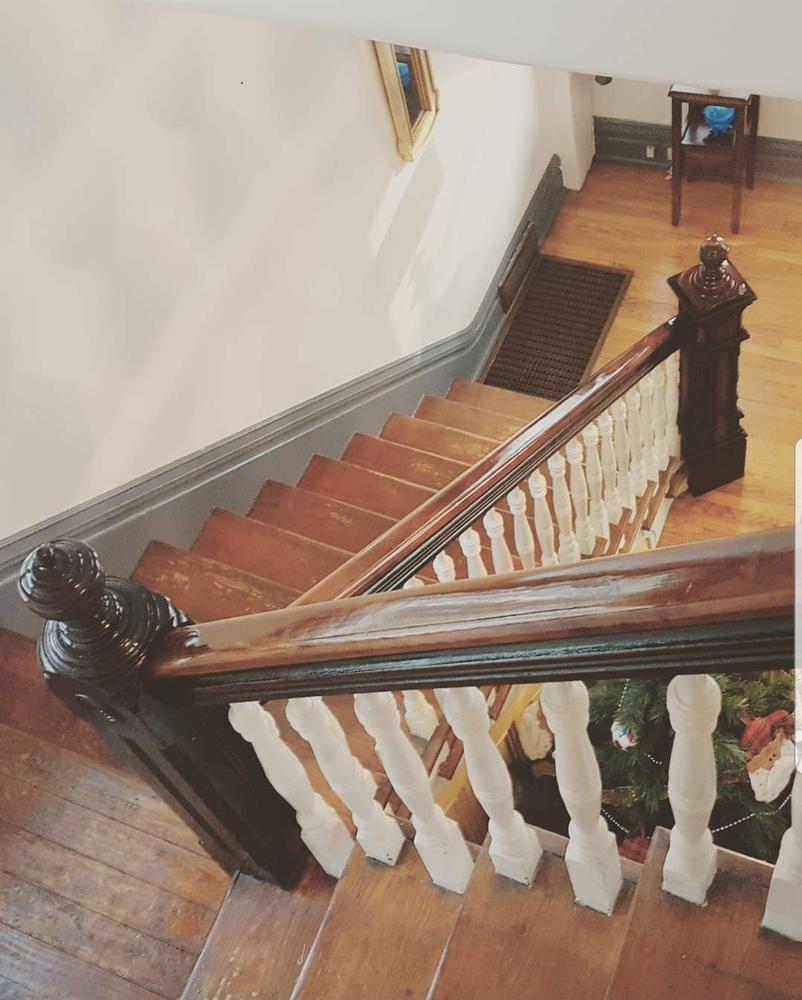 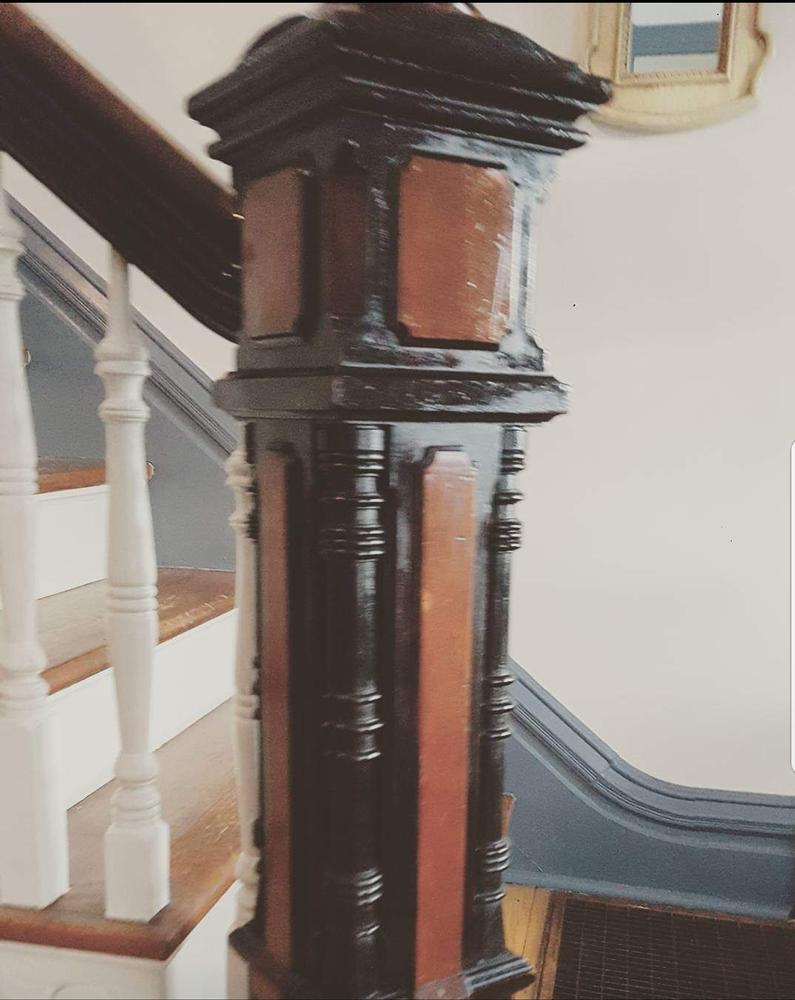 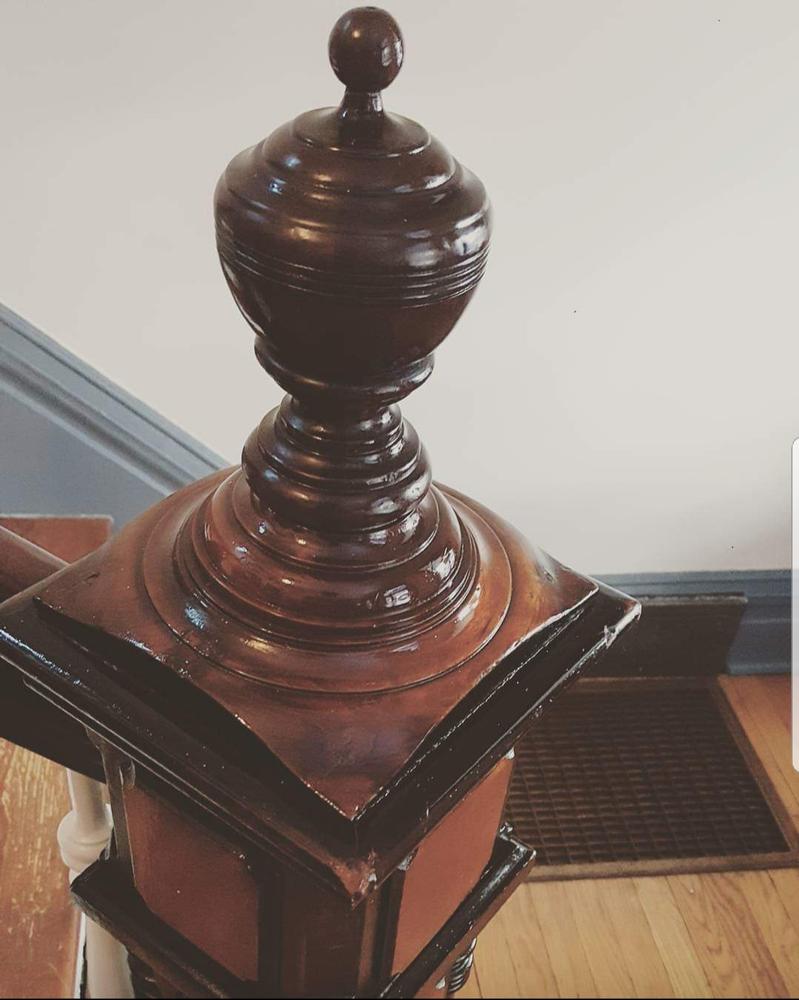 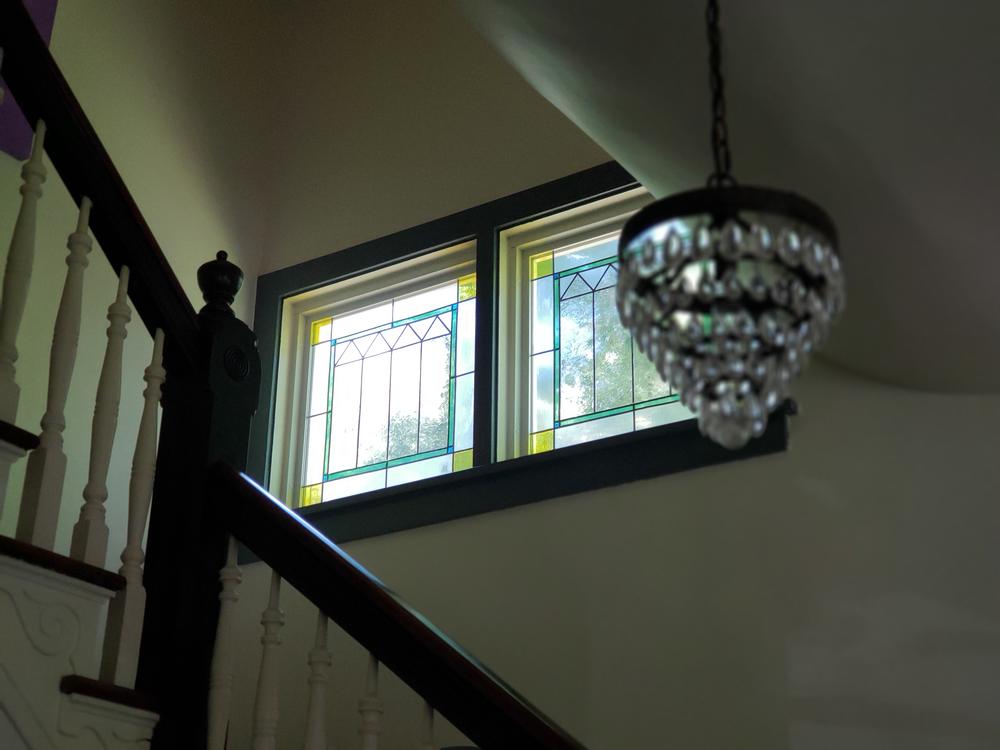 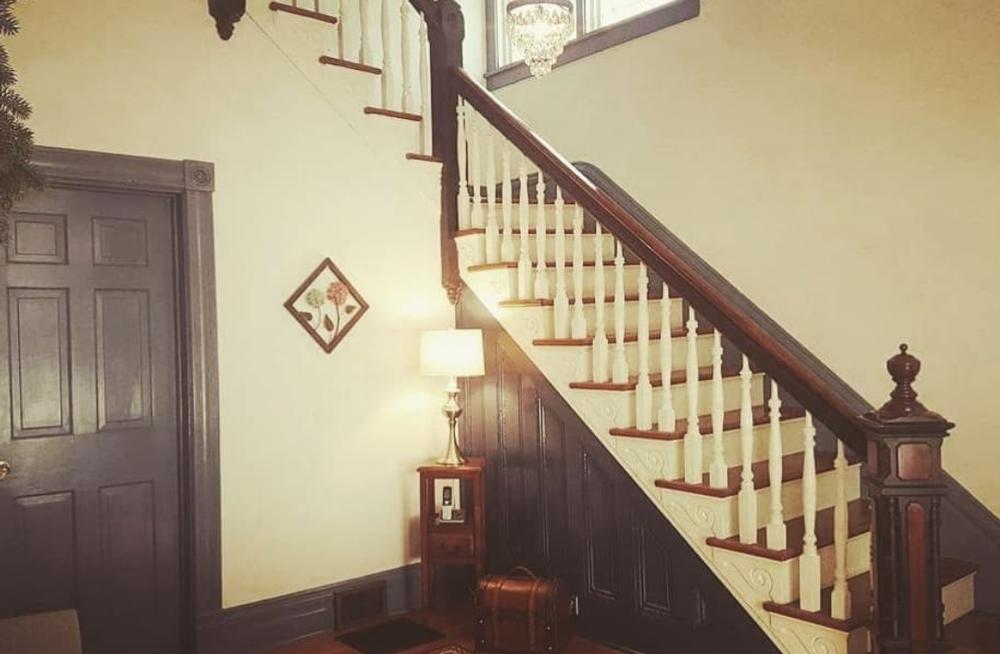 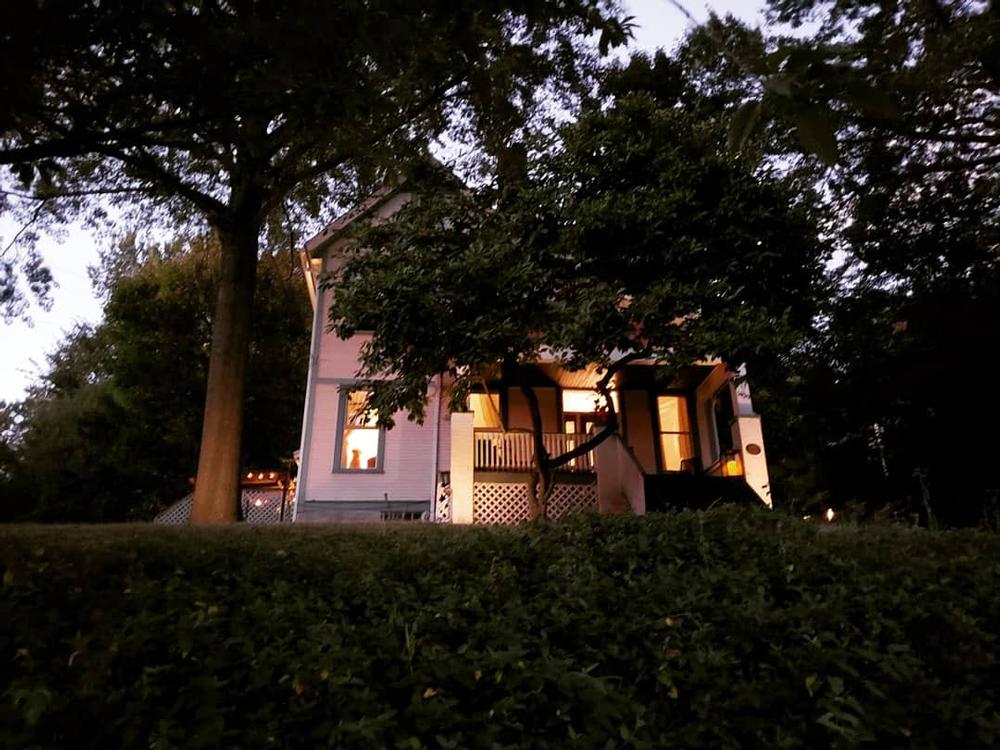 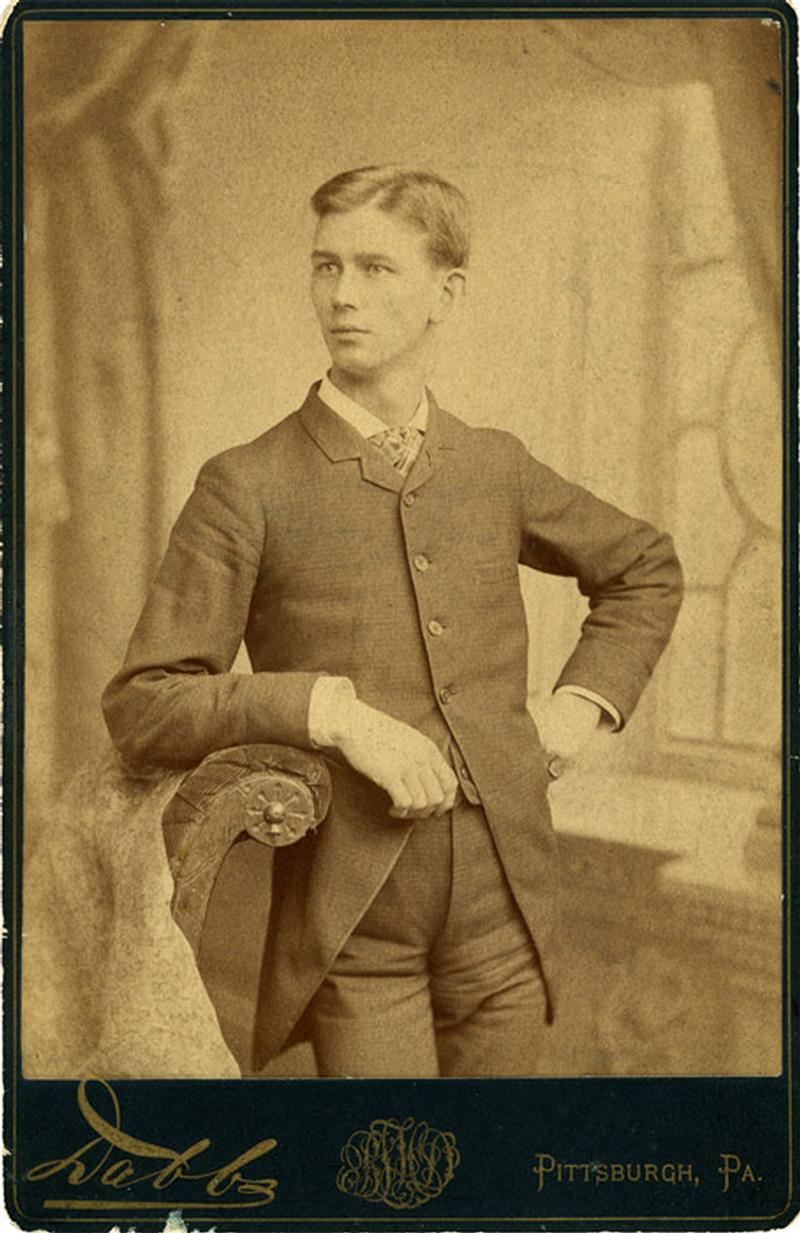 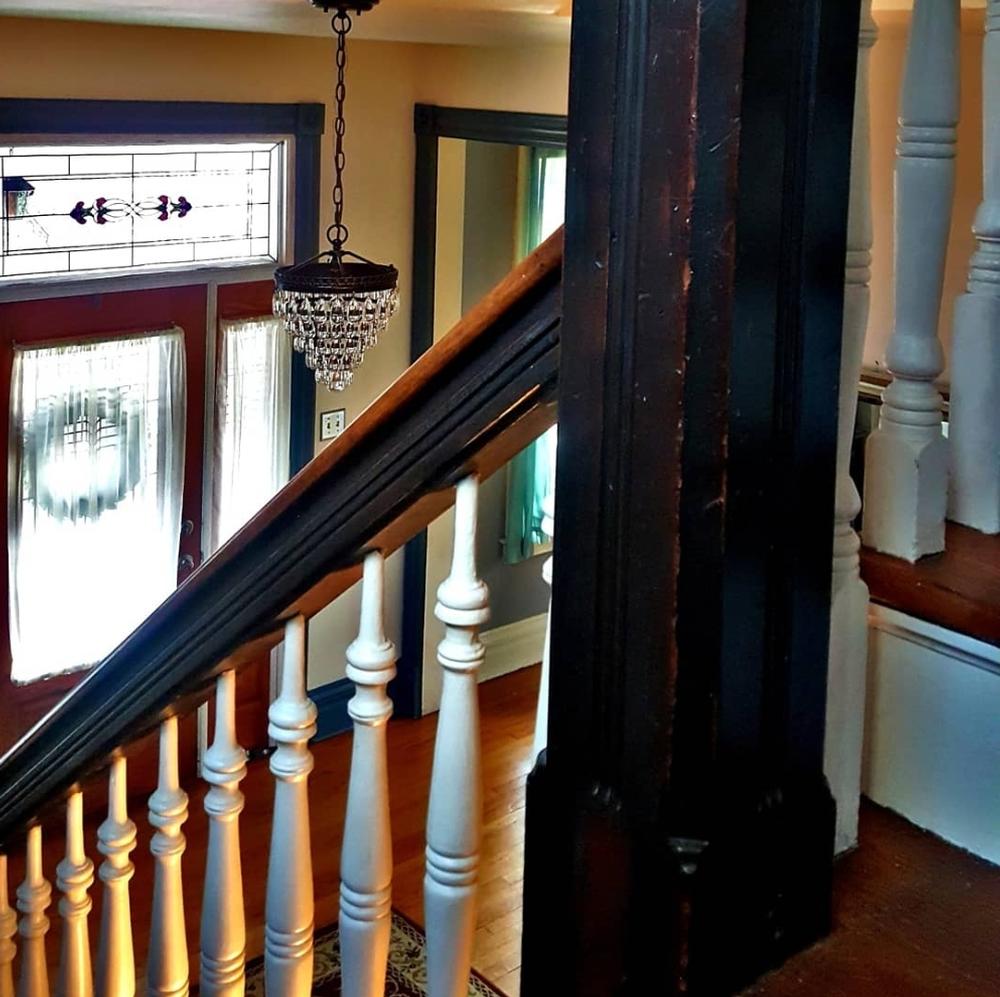 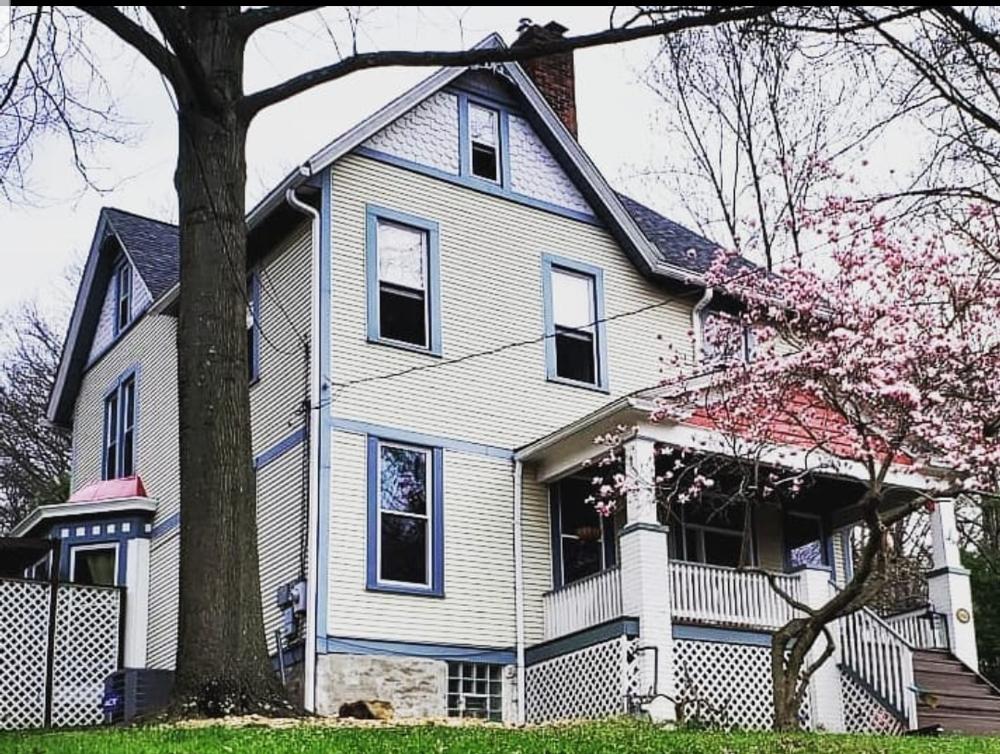 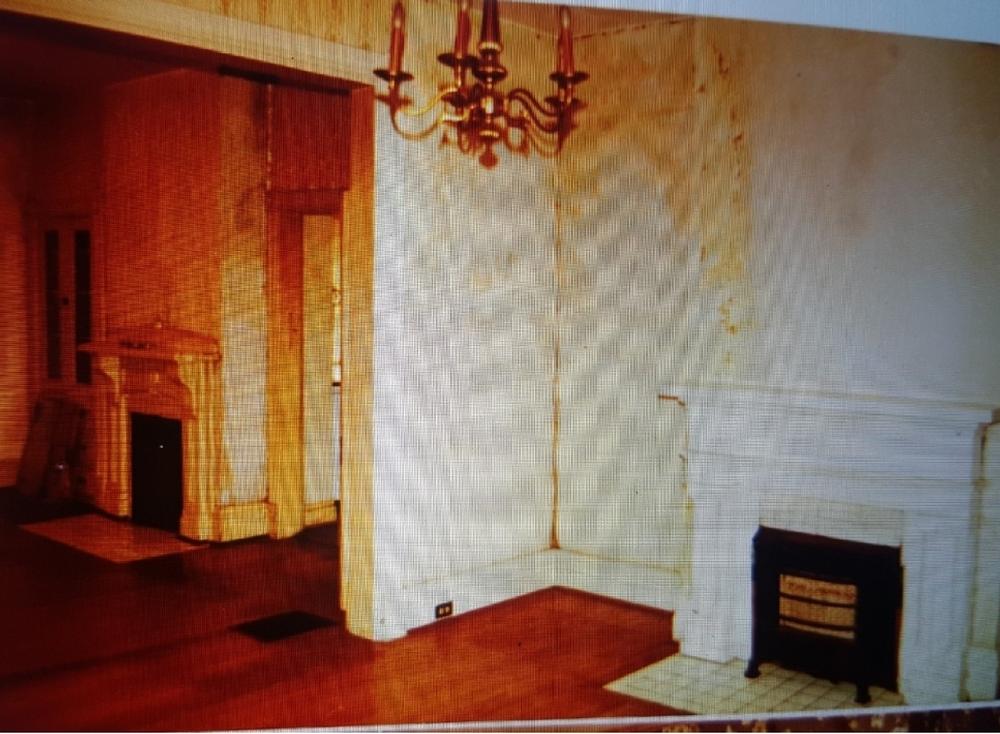 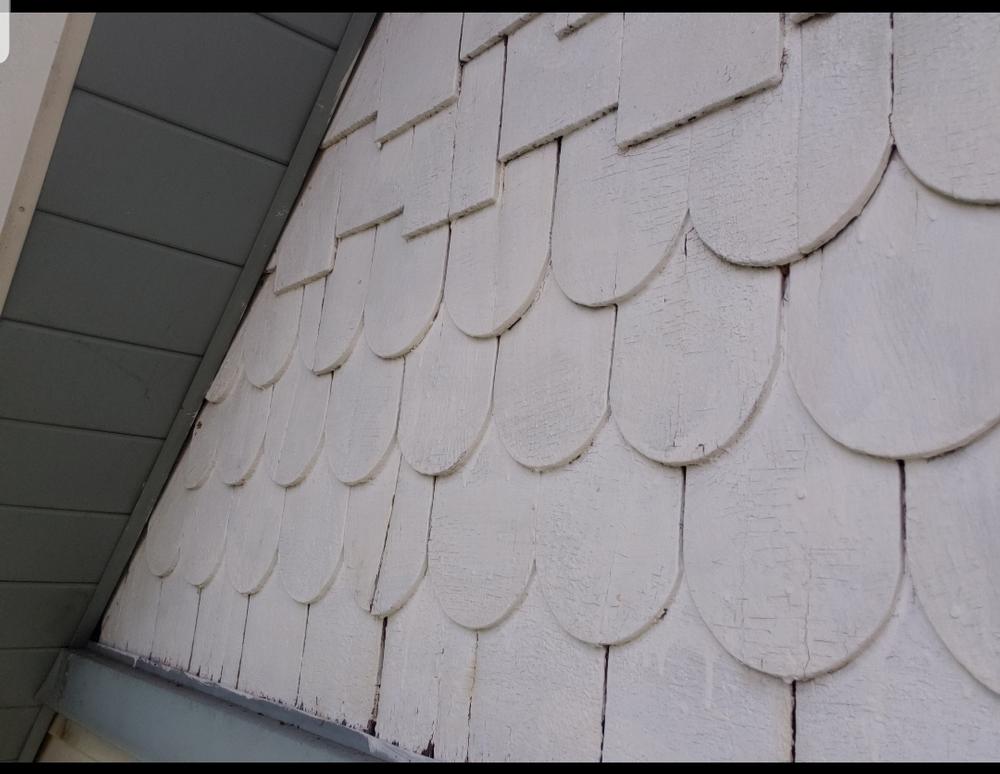 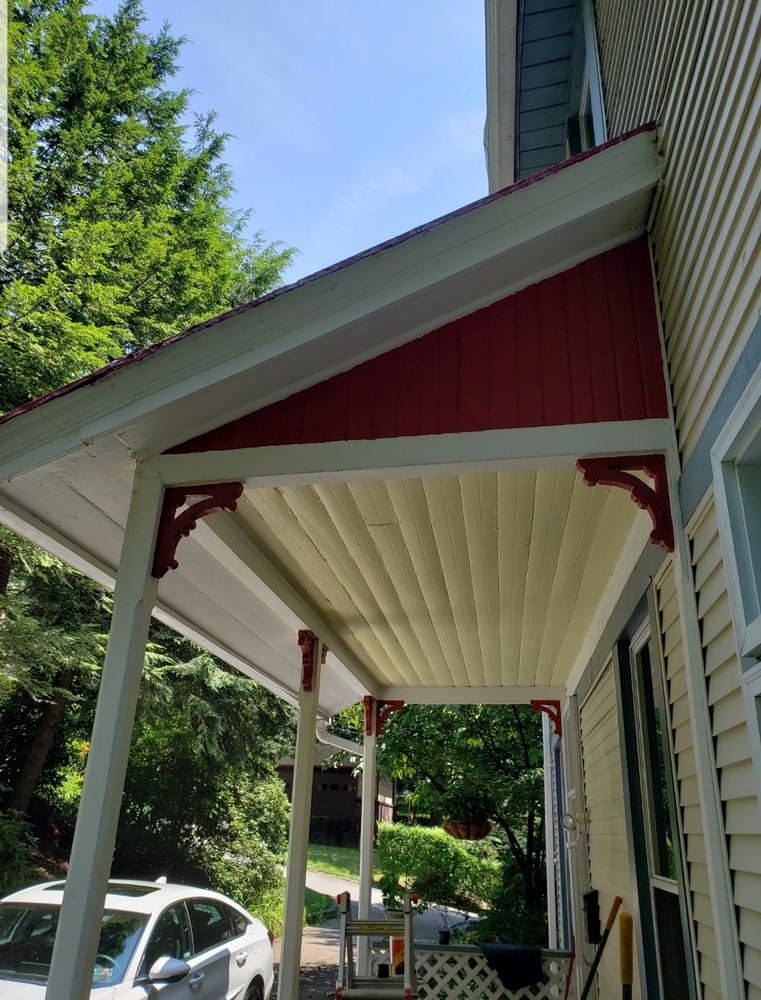 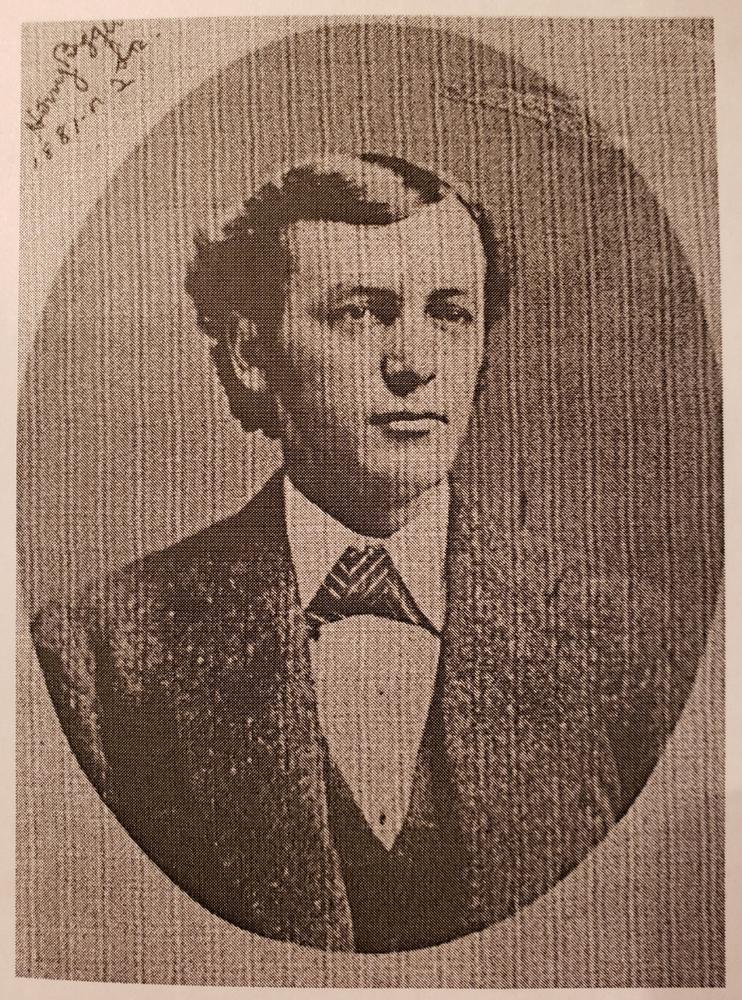 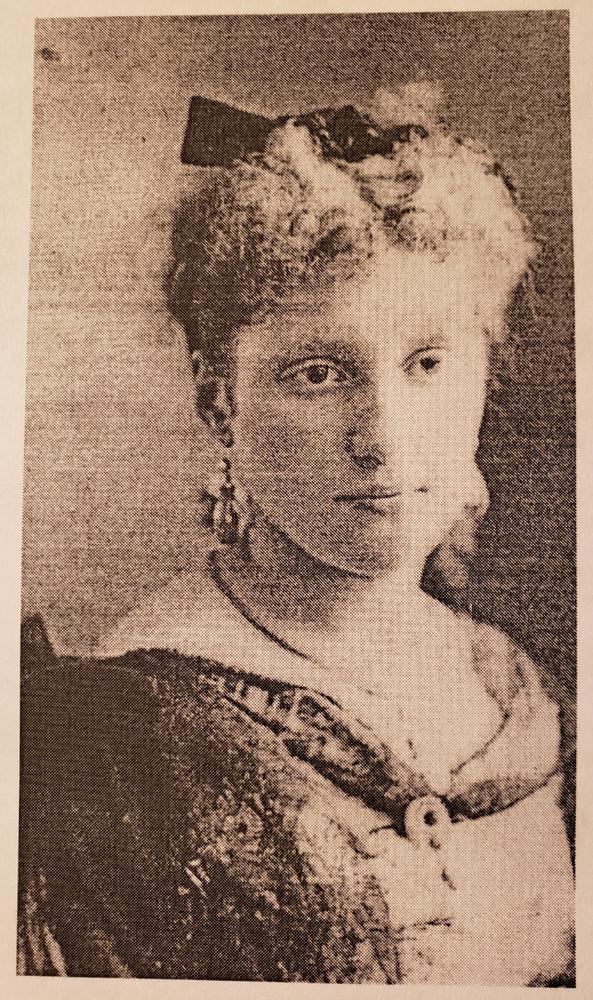 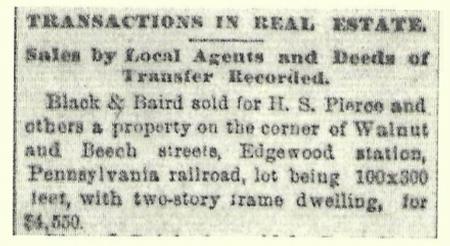 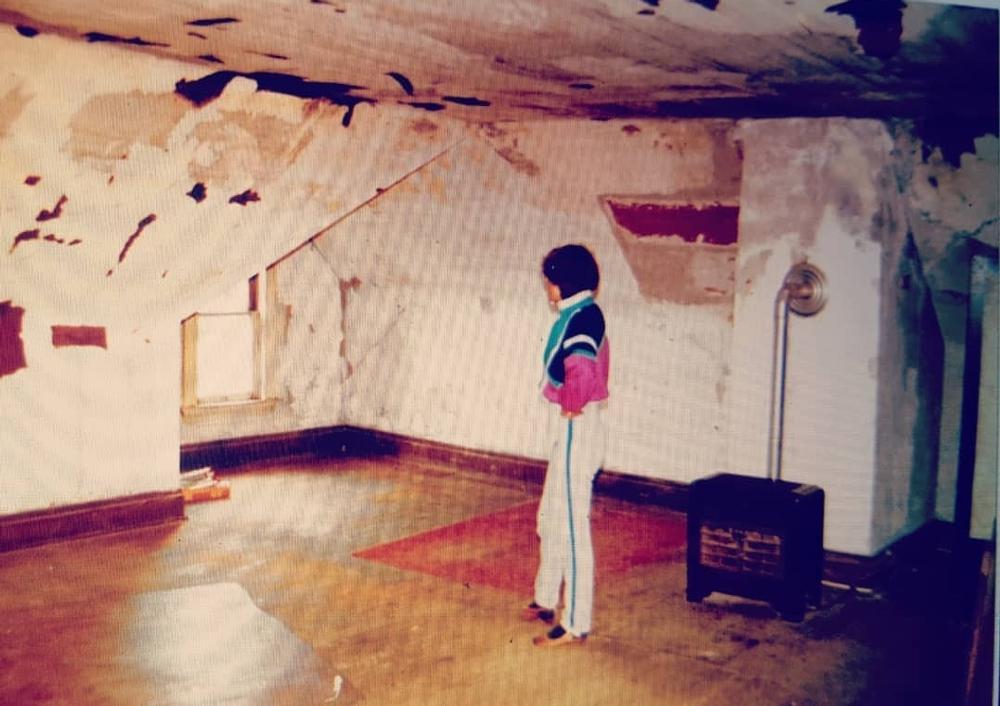 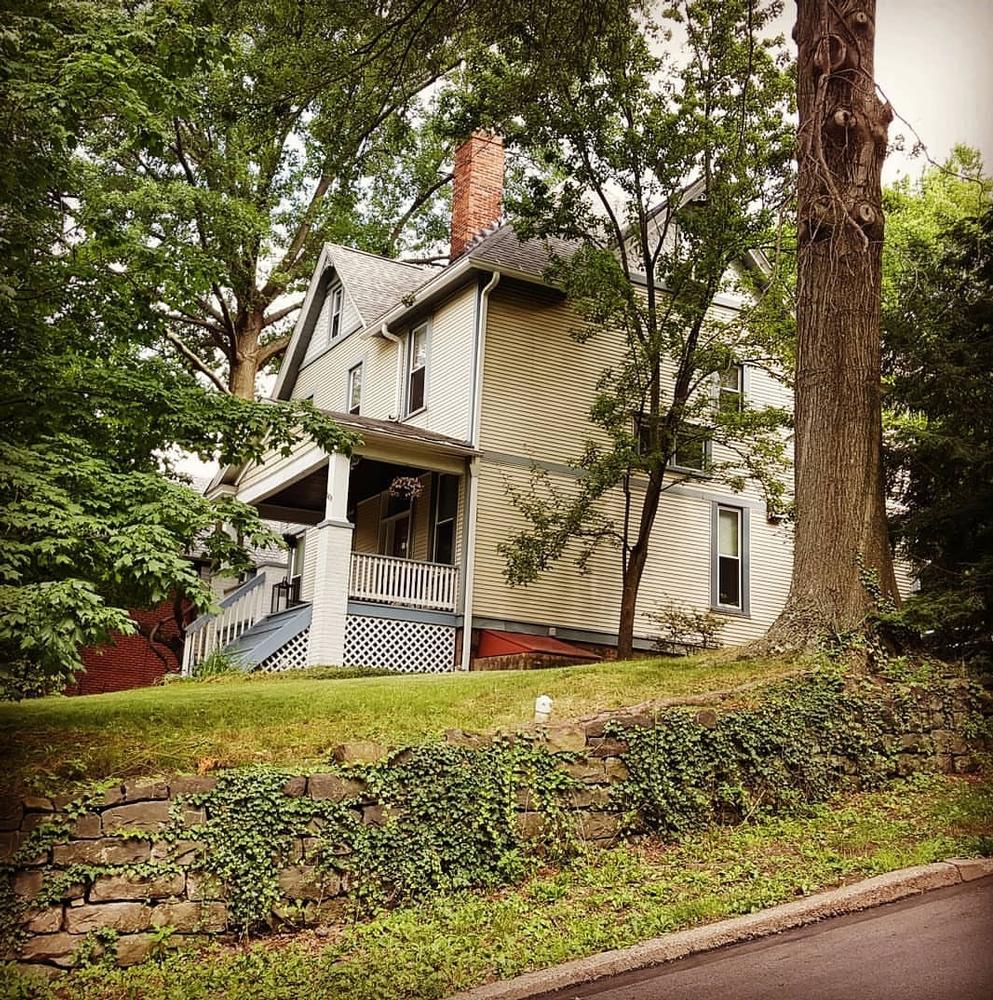 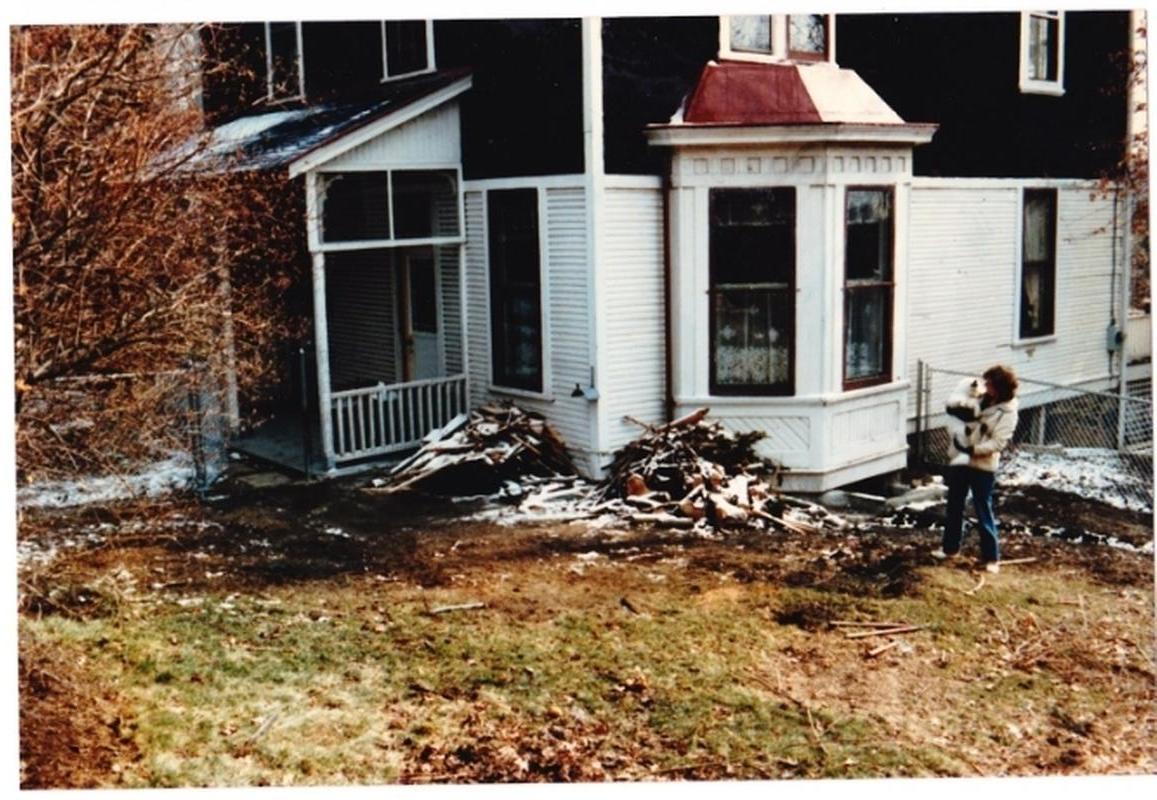 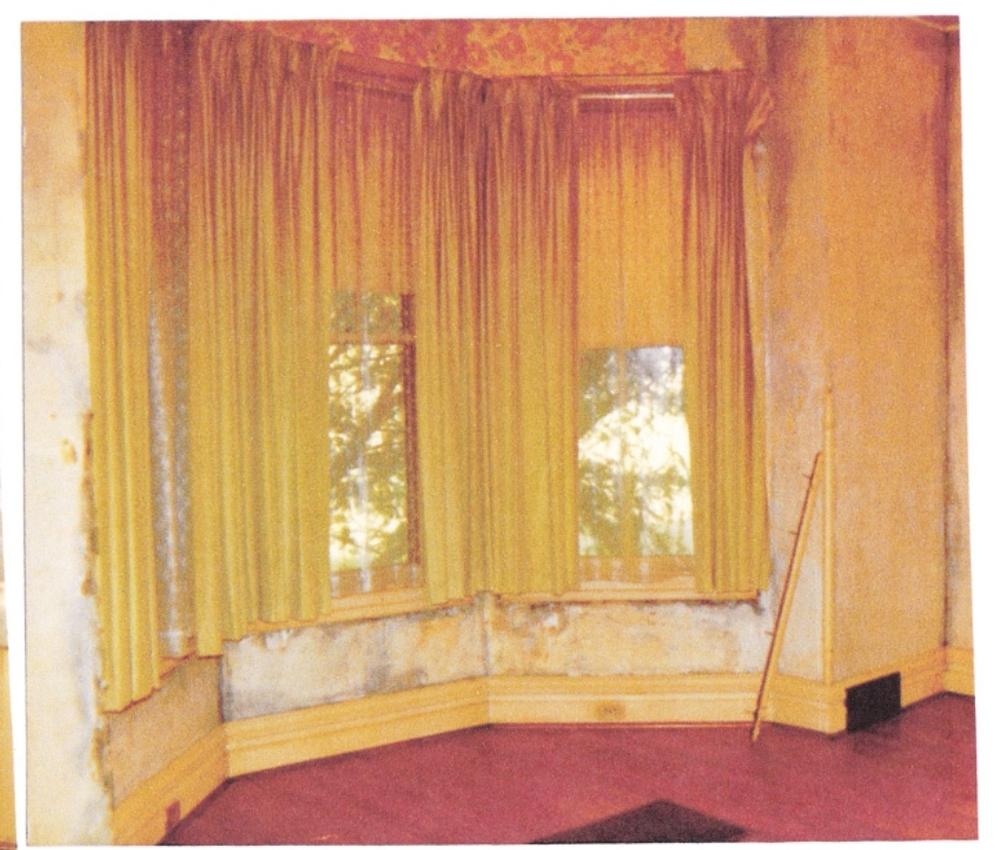