The Old Farmhouse dates back to the 1700’s and features a three bedroom suite with two baths and a private living room, wood burning fireplace and cable television.
Each bedroom has a queen size bed and is decorated with antiques. A large porch wraps around the house where guests enjoy a rocking chair on a quiet evening. On the back of the farmhouse is a large deck that overlooks the creek and covered bridge. Hummingbirds and deer are often seen in the backyard of the house.
Scroll down below the map for more information 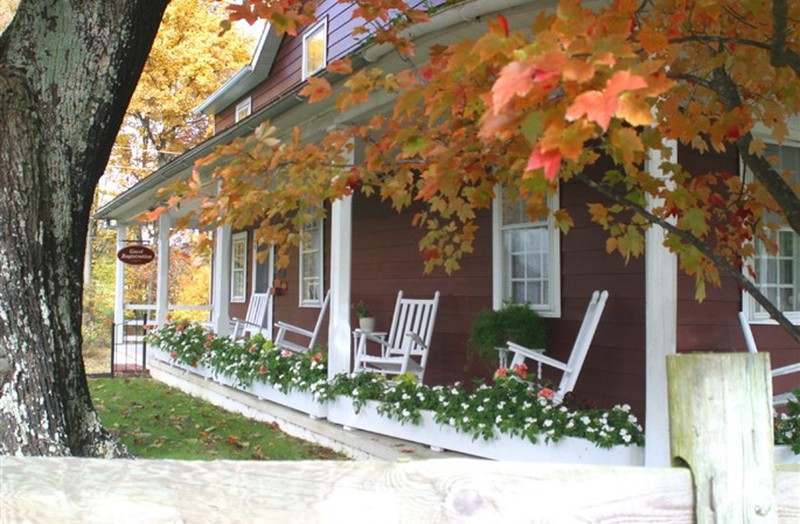