The Luminaria House is a magnificent endeavor from designer and importer, Ira Seret, and mosaic artist, Sylvia Seret. This spacious two bedroom home encompasses 2,000 square feet of pure opulence. The house boasts five fireplaces, inside and out, two patios and two decks. Its views include the San Miguel Mission, the Sangre de Cristo Mountains, and our lovely main courtyard. Each master suite is on its own floor and has a plush king sized bed, large closet and wood burning kiva fireplace. The master suites also boast artist Sylvia Seret's grand mosaic tiled bathrooms. The tiles have been collected from around the globe and are from the Seret family collection. Hand carved cabinetry and colorful hand painted tile adorn the designer kitchen and breakfast nook. The pure lapis bathroom sinks are, like many of the ornate features, made and designed by Seret & Sons specifically for the Luminaria House. The living room has cathedral ceilings, a wood burning fireplace and a plush L-shaped couch. Accents of silk embroidery, hand painted Tibetan ceilings, 18th Century carved wood and Gaudi-like mosaics are delightfully displayed throughout the palatial, two-story house. This is a home fit for royalty.
Scroll down below the map for more information 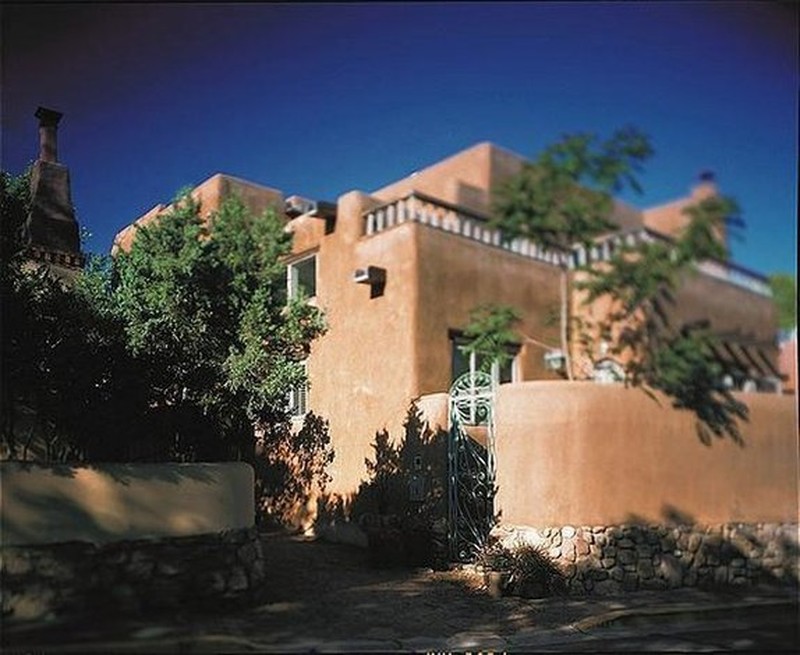