The Schinasi mansion was built in 1909 by Morris Schinasi, an immigrant from Turkey who made his fortune introducing Turkish tobacco to the United States. Its architect is William Tuthill, who also designed Carnegie Hall. For a brief period starting in the 1880's, it was expected that Riverside Drive would rival Fifth Avenue as a location for the homes of the very rich, though this fashion didn't last. It is built in a French Renaissance style out of Vermont Marble. Its lavish interior, which includes a dome lacquered in gold, rejects the vulgar eclecticism of most "robber baron" mansions of its period, and is consistently Renaissance in style. It currently belongs to a Columbia Law School professor who owns several other historic houses around the world. It used to have a tunnel down to the Hudson River for bringing in tobacco, though this has been sealed up. 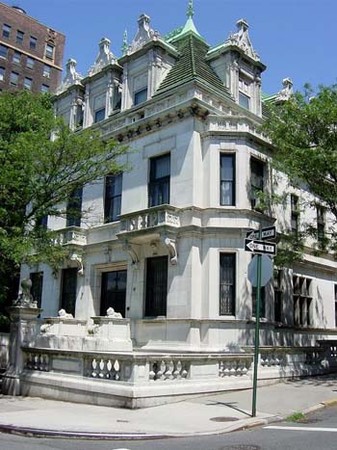 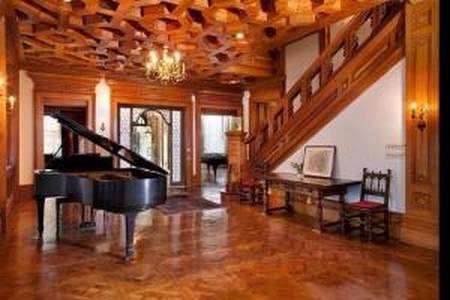