Museums and Public Spaces in New Mexico
Next # 1 of 3

That Harvey House is still standing today. Inside you can find hundreds of memorabilia pertaining to the Harvey House and the Santa Fe Railway, as well as exhibits on early local businesses in Belen. The Harvey House Museum is one of the few places where you can learn about America's first chain of restaurants. It is a fascinating story.
Scroll down below the map for more information

"At the age of 15, Fred Harvey left his native England for the United States. Upon his arrival in New York City, Mr. Harvey began working in the restaurant business in New York. The Civil War was bad for restaurants, but good for the railroads, and Mr. Harvey made a career change. Over the next 20 years, Mr. Harvey moved ever westward and ever higher in railroad business, but never forgot the restaurant business. Travelling for the railroads over the time reinforced Mr. Harvey's view that improvement was needed in the food department.

Upon arrival in Kansas in 1870, Mr. Harvey met Charlie Morse, President of the fledgling Atchison, Topeka, and Santa Fe Railway. For the next near century, Fred Harvey's company would bring good food at reasonable prices in clean, elegant restaurants, to the travelling public throughout the Southwest. They also brought civilization, community, and industry to the Wild West.

Museums and Public Spaces in New Mexico
Next # 1 of 3 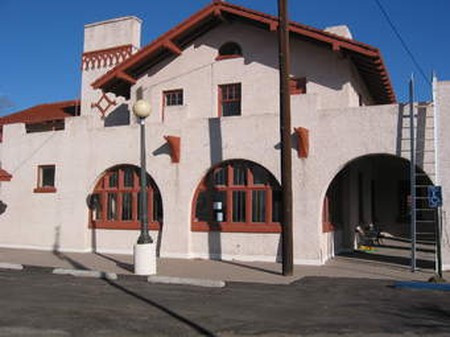