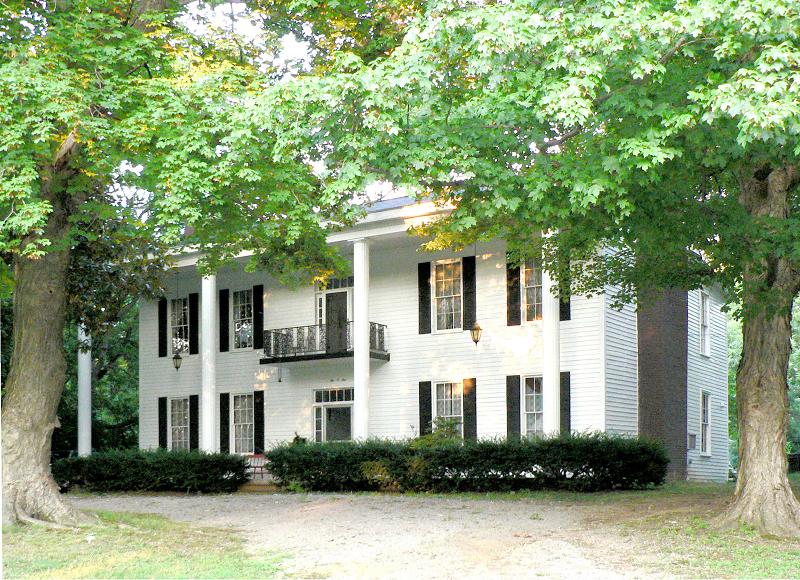 This antebellum mansion has a well-documented, colorful history; dating back to Kentucky's early statehood. The home is located in Morganfield, Kentucky; a village that takes its name from the land grant given Brigadier General Daniel Morgan of the Continental Army.

The oldest part of of the house dates to around 1820; then owned by Dr. Francis Brady. In 1843 Dr. Brady's daughter married George Huston and the main section of the house was added. George Huston was a Harvard educated attorney, renowned for the defense of Revolutionary War land grants; at one time his properties exceeded 12,000 acres. Judge Huston was acquainted with Abraham Lincoln, President Tyler, President Buchanan, Daniel Webster, Noah Webster, Charles Dickens, and Longfellow. Local tradition has that many of these luminaries visited the Huston plantation. The plantation was commandeered as a Union campground during the civil war.

In a later chapter of the home’s history, George's daughter, Nancy Huston Banks, became an influential author. She wrote several internationally acclaimed novels, and reported on the Boer War. During the siege of Kimberley, South Africa, Ms. Banks was the guest of Cecil Rhodes who later visited this residence.

The home is a Kentucky Historical Landmark. The windows, clapboard siding, doors, floors, bricks and six fireplaces are original. The house has been furnished with modern amenenties including a complete structural restoration. It has been fully insulated and updated with modern wiring and plumbing. There is a large attached garage. Though originally built on massive hand hewn popular timbers, a full foundation has been added; so this house will easily see another two centuries. The winding staircase has black walnut spindles and a handmade sycamore handrail. Most of the flooring is poplar.

The home has approximately 6000 square feet of living space; 1200 square feet of which are an attached service quarters that have been remodeled as an apartment with three finished rooms plus a full bath. The servant quarters have a unique solid brick construction walls built upon an arched brick cellar. The main house has 14 rooms, including two large baths and a foyer. A typical bedroom measures 20 by 20 with 15 foot ceilings.

The property is conveniently located within 40 minutes of Evansville, Indiana. 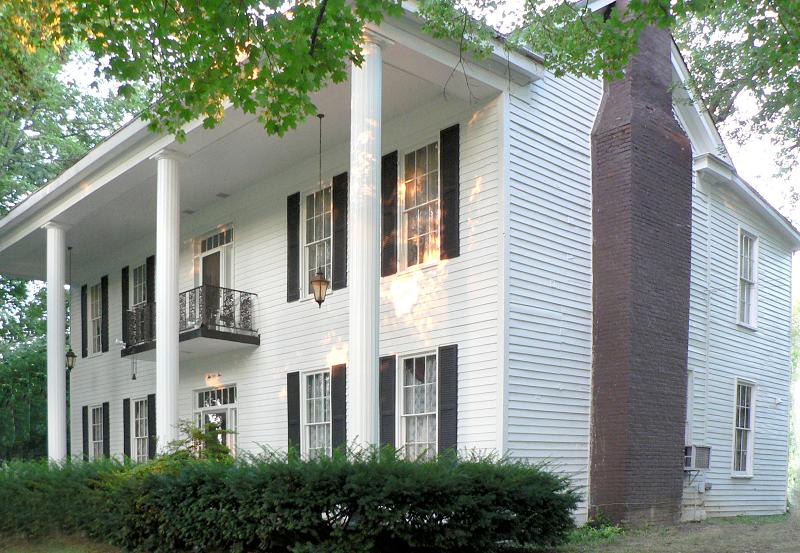 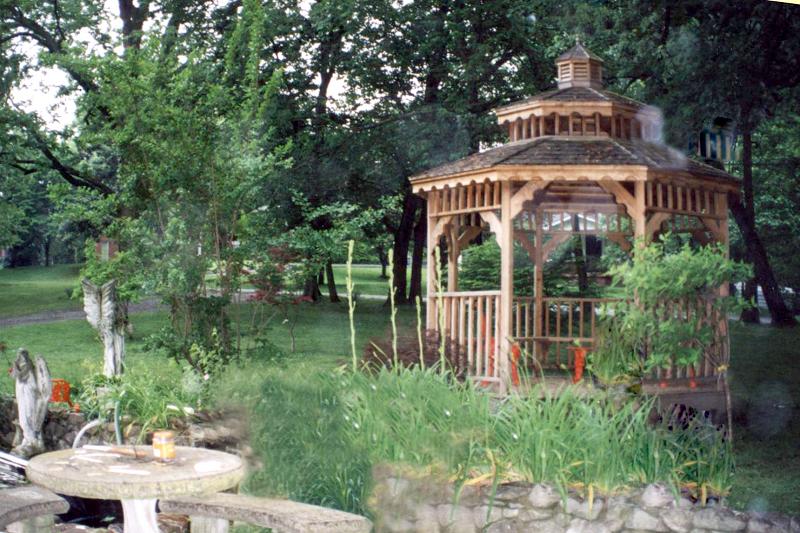 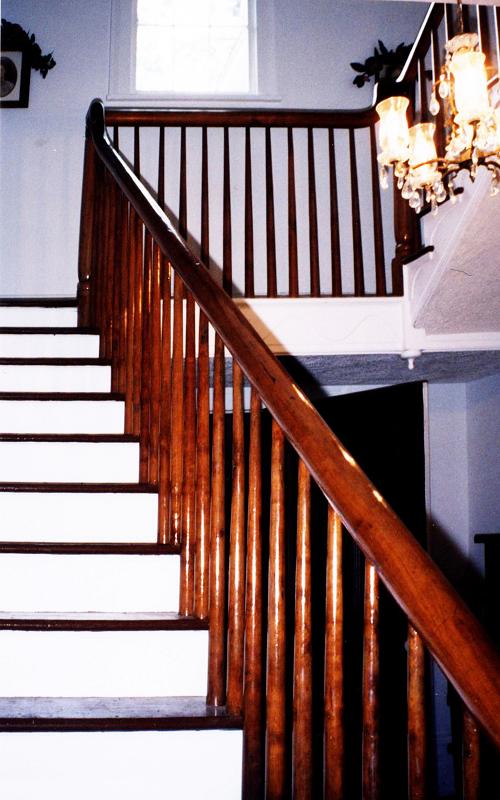