Believed to be Atlanta's oldest residence. Carefully restored and updated with preservationist intentions.

Projects to modernize the residence have incorporated other important artifacts, including custom kitchen cabinetry milled from the remains of the Spruell family horse barn, which was torn down during the construction of Perimeter Mall in Dunwoody, Georgia. The massive beamed ceiling in the family room came from an old cotton mill in Acworth, Georgia. The original smokehouse remains just outside the kitchen door.

Own a Significant Piece of Atlanta History!

Before the Battle of Atlanta and Sherman's historic March to the Sea, before even the founding of Atlanta, or Marthasville, or Terminus, the Wash Collier house sat on a knoll overlooking the virgin oak hickory forest that grew to become the City of Atlanta. This home, built in 1822 by pioneer Meredith Collier, is believed to be Atlanta's oldest surviving home. The house is indicated as a landmark on campaign maps used during the Civil War, and it has been featured in magazines and books. It has not been on the market since the 1950s and represents a once in a lifetime opportunity to own a piece of Atlanta's earliest history. The original 2-story, 4 room "shotgun" style home was restored and enlarged in the 1950s by prominent Atlanta architect Kennon Perry who took great care to preserve the historic integrity of the original structure. The updated home incorporates the original house plus the hearth from the original detached kitchen, with additions that have created a wonderfully livable floor plan for modern families.

The front door with sidelights opens into the original 1822 structure which featured 2 rooms over 2 rooms separated by the central hall.

The home's original master bedroom, located off the central hallway, is now a lovely living room. The wood-burning fireplace features hand-painted Dutch tiles from the early 1800s and a simple wooden mantelpiece. The house has high ceilings typical of the period and hardwood flooring throughout.

Beyond the living room is an elegant formal dining room with an oversized window overlooking the private side yard, and an antique chandelier that once hung in a British Officers' Club.

A centrally located wet bar off the dining room could be easily converted into a guest powder room.

The country kitchen is an addition from the 1950s. It features lots of storage with walls of pantry cabinets; a butcher block central island over which hangs a pot rack fashioned from an iron wheel rim; and a beautiful breakfast area set beside a bay window. The exposed beams of the ceiling in the kitchen and breakfast room were rescued from the Spruill horse barn that was demolished to create Perimeter Mall. Beyond the kitchen, there is a utility area with laundry connections and a half bath.

The kitchen opens onto a wonderful family room with large windows overlooking the backyard. At one end of the space, the original masonry hearth from the detached kitchen has been incorporated into a cozy study with a built-in library wall.

At the back of the house, there's a beautiful sunroom with picture windows on 3 walls. This room has brick flooring, a stone accent wall formed by the back of the chimney, and a ceiling fan.

A back door leads out to a gravel patio surrounded by beautiful mature trees. The landscaping around the property creates a private and restful oasis.

Separated from the house, you'll find a detached smokehouse that was built circa 1850. The Collier family cured meats here and on hot days the slight aroma of country cured hams can still be detected. It is now used for storage.

There are 2 generous bedrooms on the main level. The master bedroom is part of the original house. This bedroom has a wood-burning fireplace, windows on 2 walls, his and hers closets, a ceiling fan, a built-in bookcase, and a private bathroom (see below).

The other bedroom on the main level (photo, left) is a very large room with windows on 2 walls and a walk-in closet.

There are also a number of additional closets off the central and side hallways on the main level.

In addition to the half bath off the kitchen, there are 2 full bathrooms on the main level, as well as a third full bathroom upstairs (see below). The master bathroom (photo, left) has an oversized shower with an arched ceiling detail and a console sink, both of which are repeated in the other full bathrooms.

The second full bathroom on the main level is located at the end of the hallway. This is a large bathroom that features a child-sized tub/shower set diagonally in a tiled alcove, and another console sink.

The 19th century hardwood staircase with low banister leads from the central hall up to 2 additional bedrooms and a full bathroom (a later addition). Both bedrooms are extremely spacious and have windows on 2 walls plus a long wall of built-ins.

Each bedroom has a private, spacious dressing room with a large closet and custom built-ins.

The 2 dressing rooms connect to a Jack and Jill bathroom that is fully tiled and features a tub/shower (with arched ceiling like the downstairs baths), and a console sink. 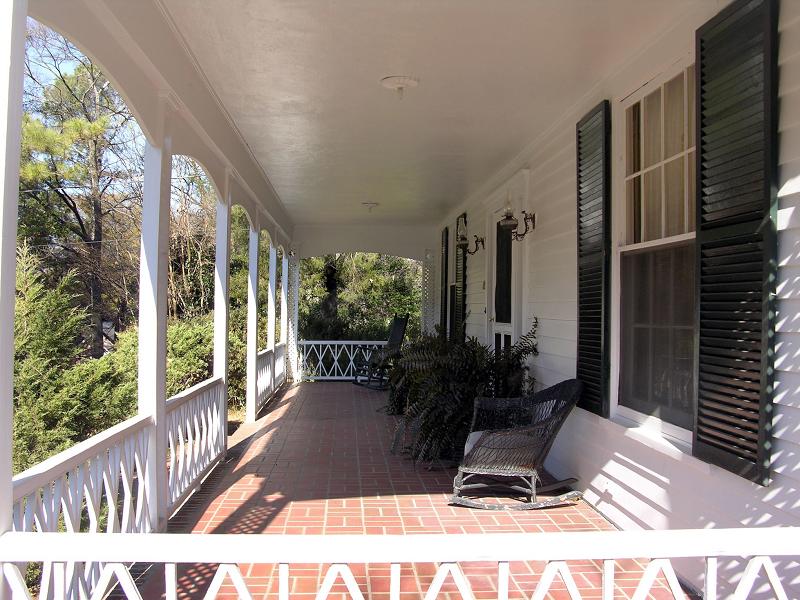 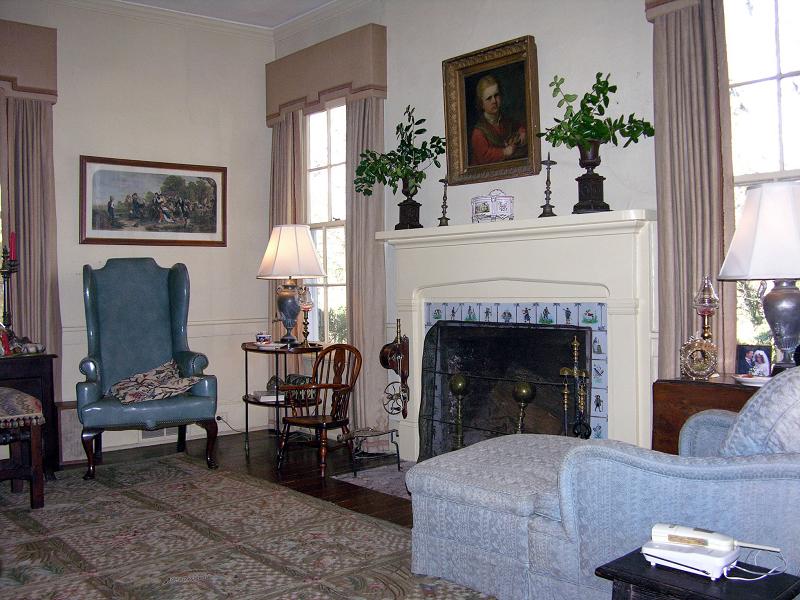 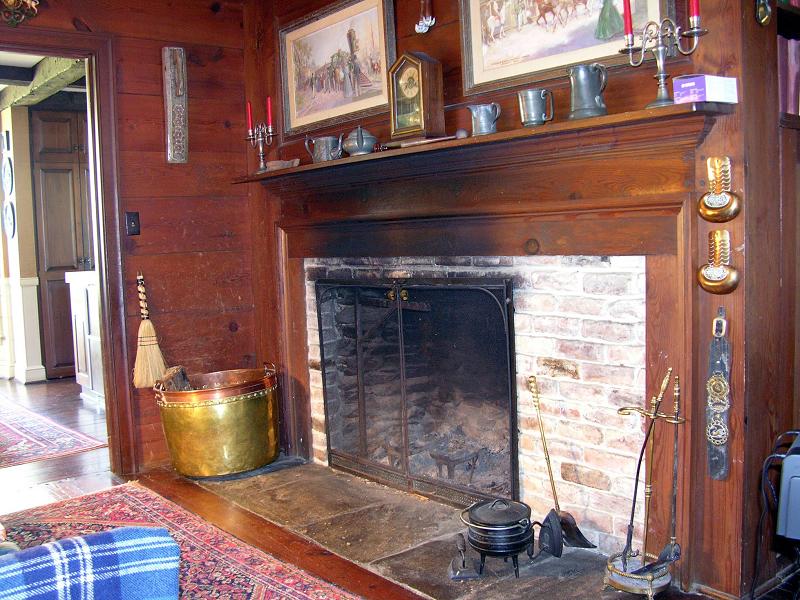 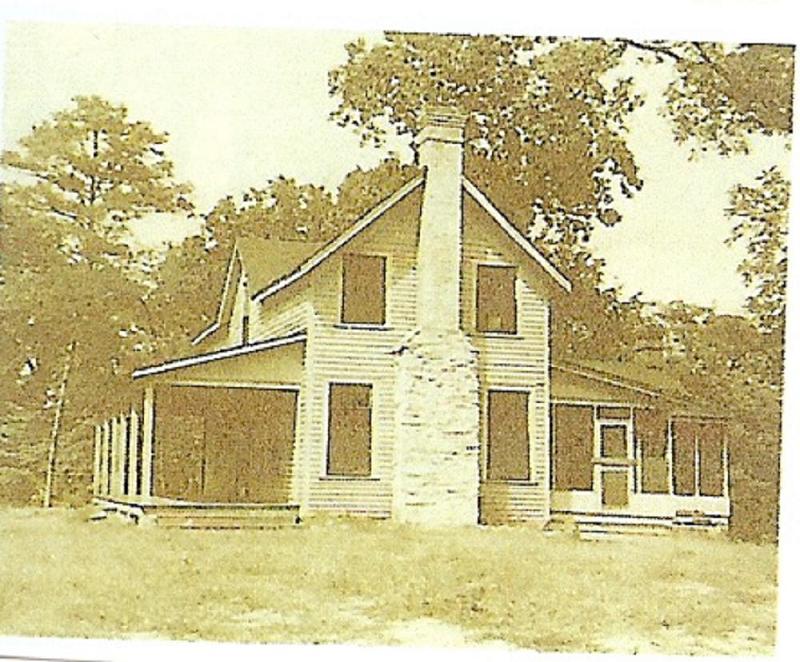 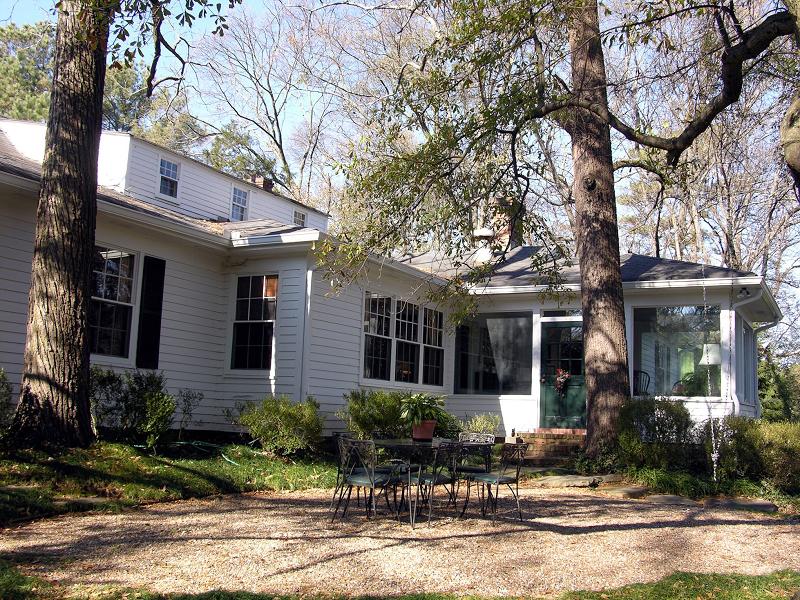 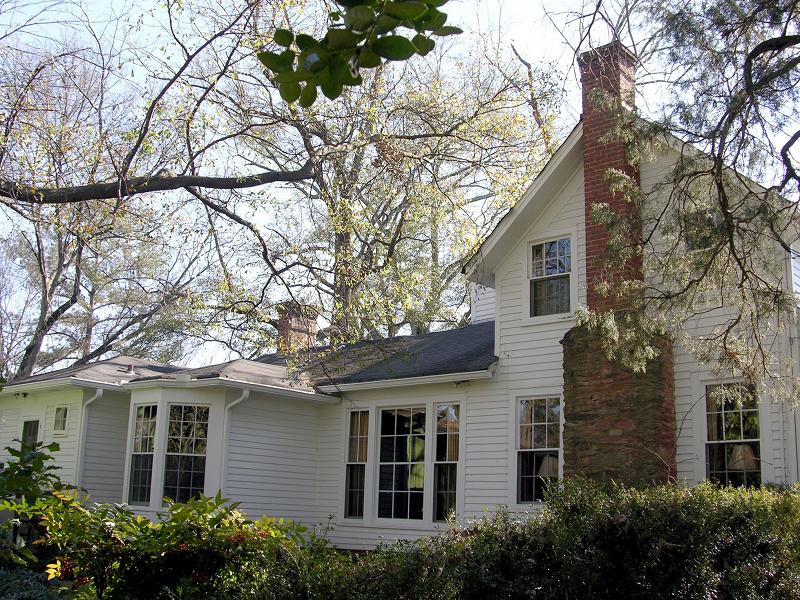 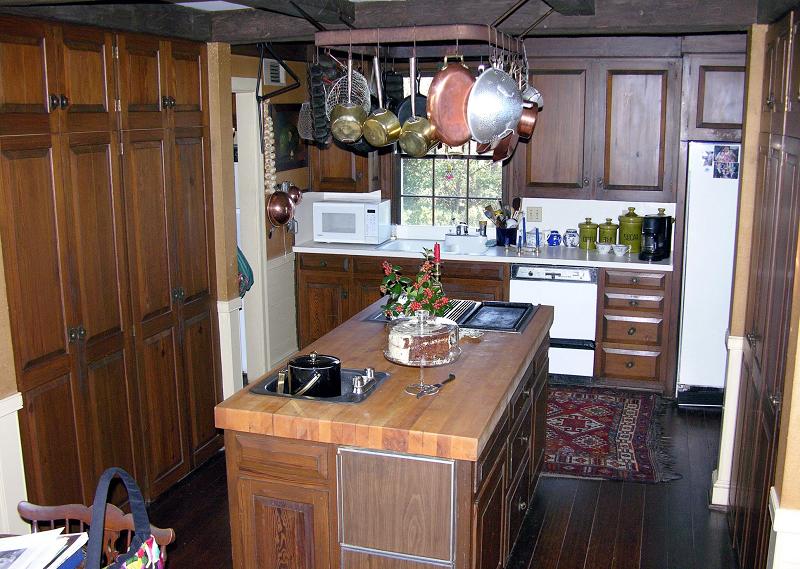 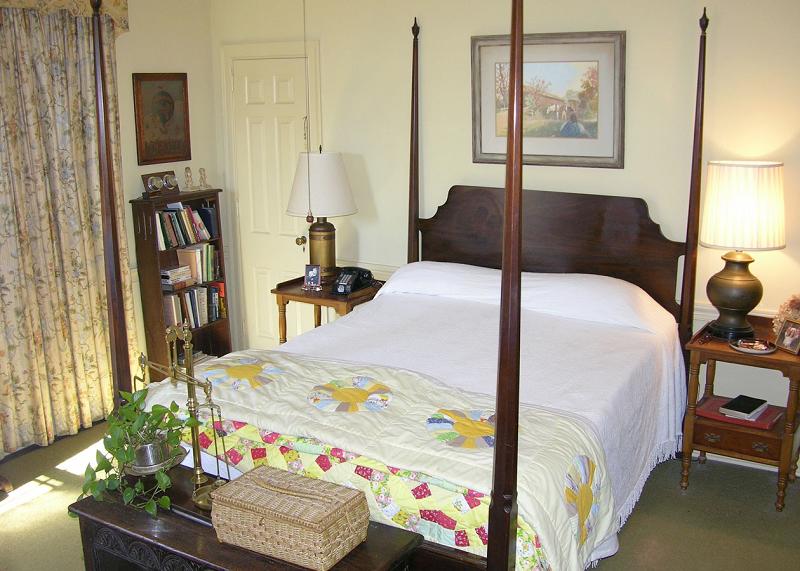 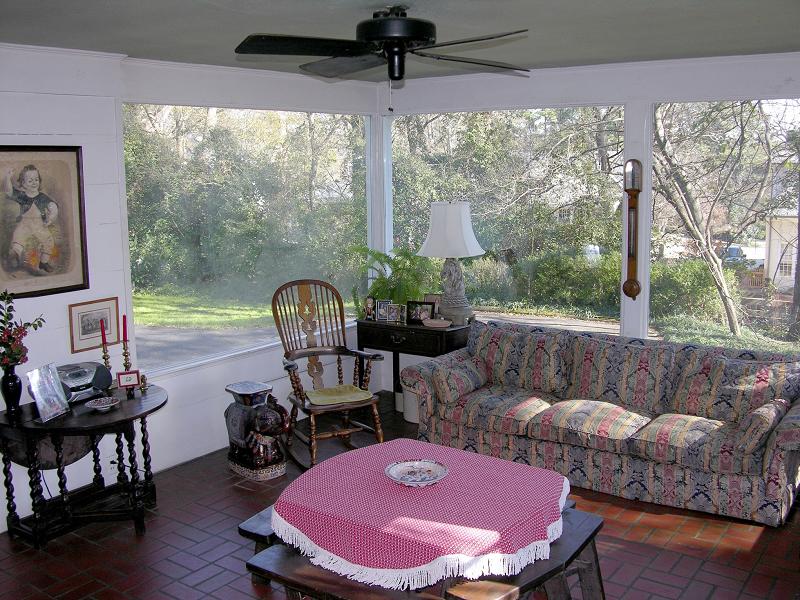